Home Sport Gaa ‘Friendships to be put to the side’ as Casey and co prepare... 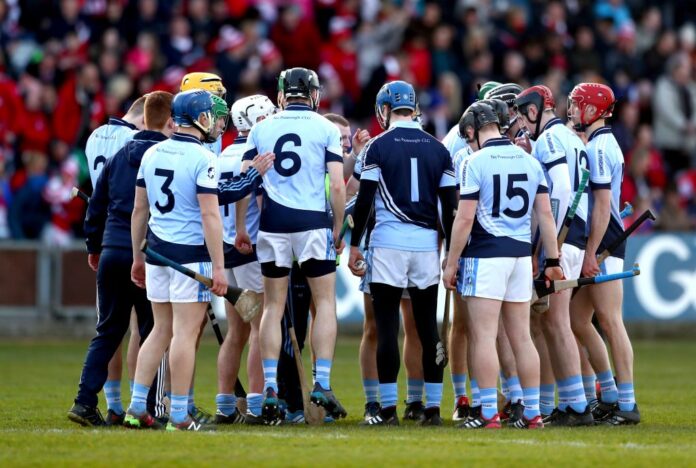 THERE will be a familiar face in the Galway dugout when Limerick face the Tribesmen this Sunday in the All-Ireland semi-final in Croke Park.

Less than five years after guiding Na Piarsaigh to an All-Ireland title, manager Shane O’Neill will be hoping to get one over his own county in his first year as manager of Galway alongside coach John Fitzgerald.

O’Neill oversaw his sides disappointing Leinster final defeat to Kilkenny but regrouped in the LIT Gaelic Grounds with a win over Tipperary on Saturday to set up the tie with Limerick in the last four.

The Caherdavin man brought his local club to new heights in his spell in charge, leading the side to a pair of Limerick and Munster championships as well as that All-Ireland triumph.

With a number of his former players part of John Kiely’s current squad, O’Neill will have an advantage of knowing those inside out, including the sharpshooting Peter Casey.

Casey has been in tremendous form this season and speaking prior to Galway’s win, the corner forward said it would be business as usual in the run in if O’Neill was to help his side into the semi-finals.

“All of us Na Piarsaigh boys would obviously be very good friends with Shane, but if Galway were to win on Saturday, those friendships would have to be put to the side for the week and we would have to get on with the game. Hopefully we come out on top and we can have the craic with them after.”

Limerick meet Galway for the first time since the 2018 All-Ireland final when Kiely’s men dethroned the Tribesmen to win a first title since 1973.

The last time the sides met in the semi-finals was in 1981 when Galway won after a replay.

The previous year Galway were victors in the All-Ireland final.

Throw in this Sunday is 4pm with live coverage on Sky Sports and RTE.

The post ‘Friendships to be put to the side’ as Casey and co prepare to face O’Neill’s Galway appeared first on Sporting Limerick.