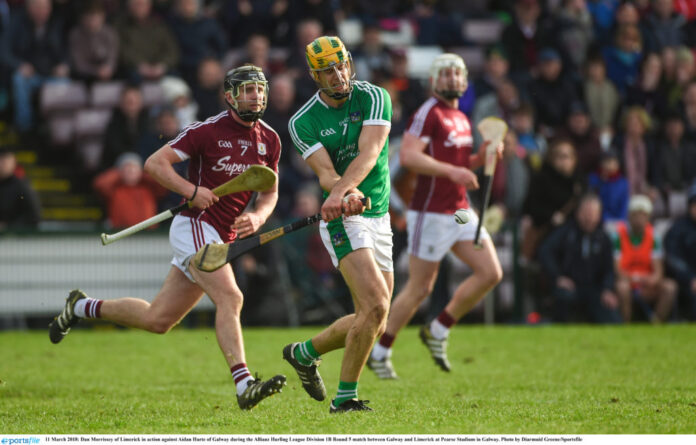 LIMERICK and Galway meet this Sunday for the first time since the epic 2018 All-Ireland final with both sides looking to get back to the same stage on December 13.

While they came into the 2018 final as underdogs against the defending champions, Limerick are now very much favoured to earn the final berth on offer.

Speaking to RTE, ahead of the clash, Limerick’s Dan Morrissey says he and his side aren’t getting carried away with the expectation on the team.

“You try and avoid reading too much into the media and people making you out to be better than you are. We know ourselves after the Munster final, coming into the semi-final, we didn’t perform for the first 15 minutes and that cost us big time against Kilkenny.

“It seems so long ago really. I suppose it’s just over the two years since we last played each other in the championship. I don’t think that’s a huge thing. You play teams so often with the new format, you’re playing every year, every second year. So the top 10 teams know each other inside out at this stage.”

Nonetheless, the Ahane man spoke about the importance of being in the mix with Limerick hurling in the wilderness for the majority of the 21st century thus far.

“Its great to be recognised as contenders. There was years there where Limerick, no-one was giving them a chance, they’d be doing well to win one Championship game. So I suppose, where we’ve come from in the last two or three years, it’s a big step forward alright.” Dan Morrissey added.

The post Morrissey not ‘reading too much’ into Limerick’s favourite tag ahead of Galway appeared first on Sporting Limerick.