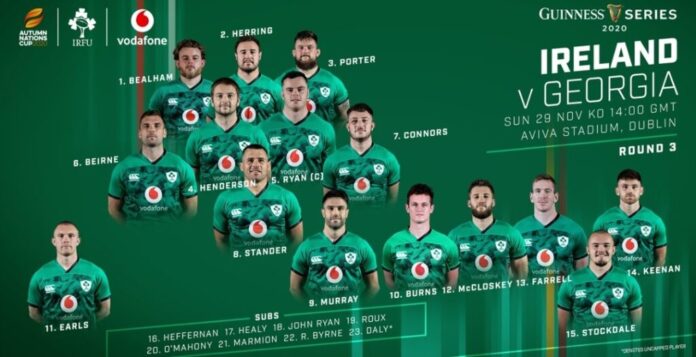 ANDY Farrell has named his match day 23 to take on Georgia this weekend in the Guinness Series on Sunday afternoon.

Munster’s Shane Daly is included in a much changed match day 23 that will again be captained by James Ryan.

Daly – who won the Energia All-Ireland League with Cork Constitution in 2019 – will be hoping to make his international debut off the bench and is joined by Kieran Marmion and Ross Byrne in the squad as backline cover. 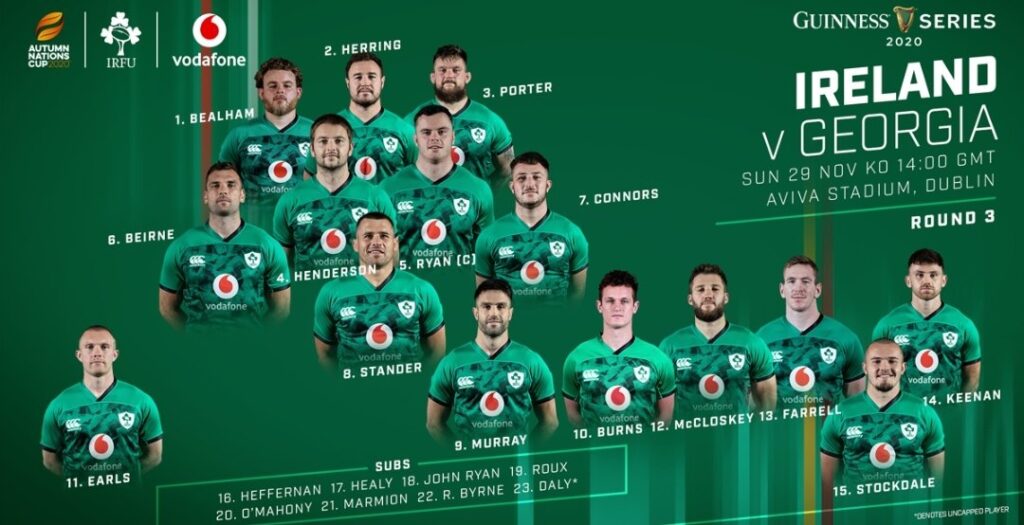 James Ryan is joined in the 2nd Row by Iain Henderson and will support a front row of Finlay Bealham (loosehead), Rob Herring and Andrew Porter.

Munster’s Tadhg Beirne is selected at 6, Will Connors at 7 and CJ Stander will play at 8.

Billy Burns will make his first start with the 9/10 axis being completed by Conor Murray coming in for his 86th cap.

There will be plenty of bulk in the midfield as Stuart McCloskey partners Chris Farrell. Jacob Stockdale starts at full back with Hugo Keenan and Keith Earls on the wings.

Kick-off at the Aviva Stadium is 2.00pm on Sunday 29th November and the game is live on RTÉ , Channel 4 and Amazon Prime (UK Only).

The post Shane Daly In Line For Debut As Farrell Names XV For Georgia appeared first on Sporting Limerick.