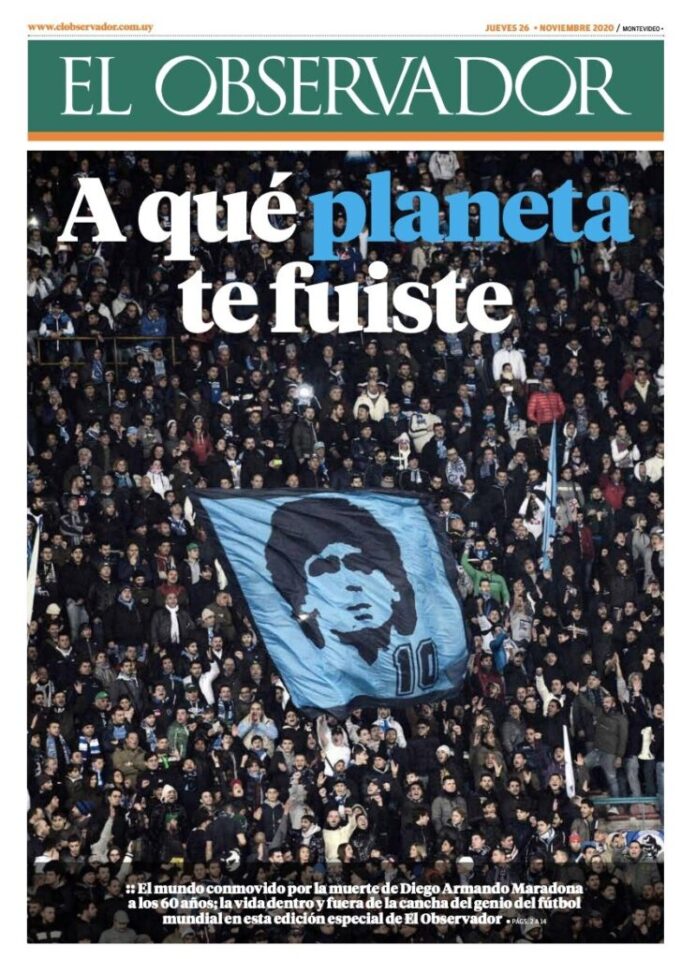 THE world of football is in mourning after the sudden passing of Diego Maradona on Wednesday afternoon with some of the world’s leading newspapers and sporting papers producing some fitting tributes.

Take a look at some below.

His death send a wave of sadness through his homeland with fans of all Argentine clubs united in grief. The country has also announced three days of national mourning with his body lying in state at Casa Rosada in Buenos Aires.

While some commentary by a certain cohort of English papers and tabloids was less than classy, the reactions of fellow pros from his era and modern football were heartfelt.