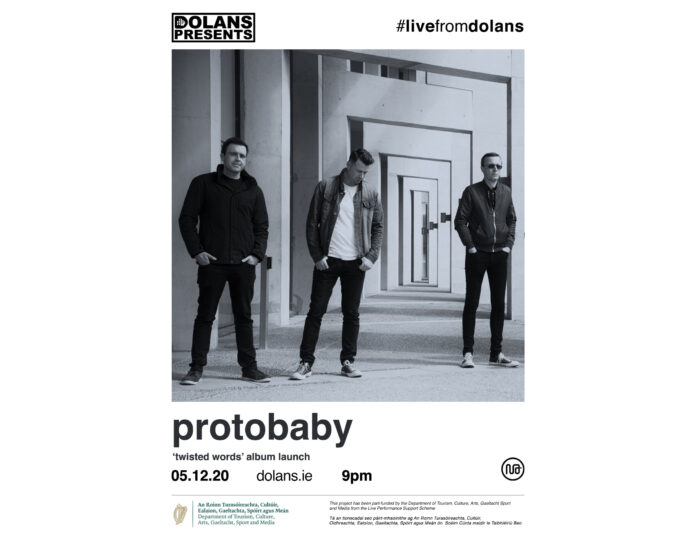 The gig is a streamed event sponsored by Culture Ireland produced by Dolans Presents and Nua.

“Put on the fire, grab a few beers and tune in at 9pm!” say the band.
“We’ve had to postpone so many times because of the pandemic it’s great to be finally playing live again albeit without an audience at the venue!”

STREAM THE GIG (NO CHARGE) HERE

Building on their new wave / Joy Division influences, ‘Twisted Words’ is the sound of a band in top form from the anthemic ‘Leave The Past Behind’ to the uplifting closing track ‘Hope’ featuring the Shannon Gospel Choir.

This band makes big music, music for big rooms, to be celebrated as a shared experience. While we wait patiently for the safe return of loud and carefree live shows in crowded rooms, Protobaby’s Twisted Words represents the promise of triumph over adversity, or better put by singer Protobaby’s Colm McGuinness on the album’s closing track, “Hope will find a way”.