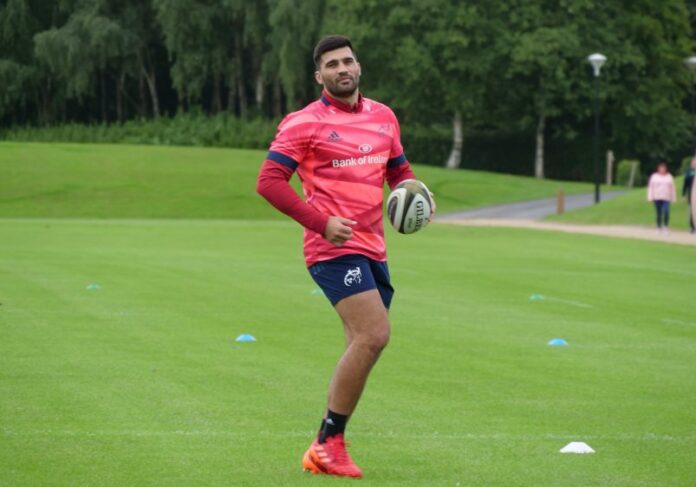 THE Munster team has been named for Sunday’s Champions Cup opener against Harlequins at Thomond Park (5.30pm).

Gavin Coombes and Damian de Allende start on their European debuts with Academy prop Josh Wycherley in line to make his Champions Cup bow off the bench.

Keith Earls makes his first Munster appearance of the season with Mike Haley at full-back as Andrew Conway completes the back three.

De Allende and Chris Farrell form the centre partnership with Conor Murray and JJ Hanrahan in the half-backs.

James Cronin, Kevin O’Byrne and Stephen Archer pack down in the front row with Jean Kleyn and Tadhg Beirne in the engine room.

Coombes, captain Peter O’Mahony and CJ Stander start in the back row.

There are two Greencore Munster Rugby Academy players among the replacements as Josh Wycherley is joined by Ben Healy, who made his European debut last January.

“This is going to be a real 23-man effort at Thomond Park on Sunday.

“The players are driving each other so much and they were all tight calls between who starts, who the impact players are and who plays for Munster A against Ulster on Saturday.

“Gavin Coombes makes his European debut in the back row and we look forward to seeing him perform and Josh Wycherley from the Academy could make his Champions Cup debut, so it will be a special day for them.

“Harlequins are a quality outfit across the board and we’re really looking forward to the challenge on Sunday.”

The post DeAllende and Coombes makes European debuts as JvG names side for Harlequins appeared first on Sporting Limerick.