Home Other Horseracing Weekly Racing News – Limerick contingent to the fore in the winners... 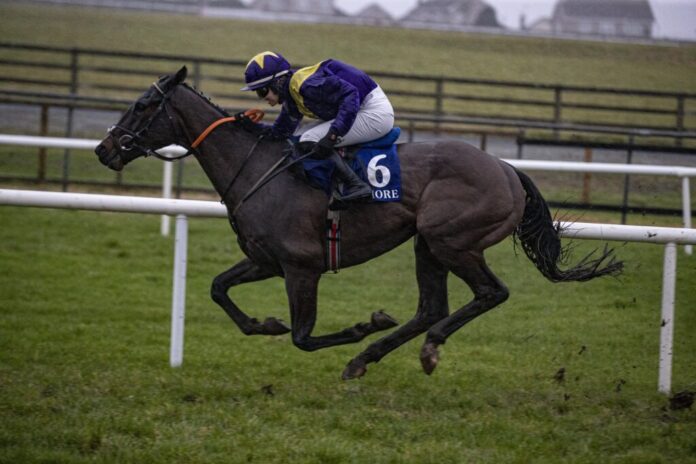 An hour after his Se Mo Laoch finished runner-up to the Oliver McKiernan-trained Unexpected Depth in a handicap hurdle, Brian McMahon made it into the winners’ enclosure as Hoke Colburn took the 2m4f handicap chase at Punchestown on Tuesday. And this time McMahon had McKiernan back in second place as the On The Green Syndicate’s eight-year-old beat Chief Of Police by two a half lengths under Phillip Enright. McMahon said,

“The On The Green Syndicate are an awful enthusiastic bunch of owners, they are just back golfing this week so to throw in the winner as well is mighty! His jumping is his forte and that was brilliant as he was a little unlucky at Clonmel and things didn’t go to plan at Fairyhouse the last day.”

Aine O’Connor took the bumper and caused a bit of a surprise when doing so. She partnered the Shark Hanlon-trained Teescomponentsyess as he got the better of the Henry de Bromhead-trained even money favourite Kings Keeper by an easy three lengths at odds of 28/1, easily the longest-priced winner of the afternoon.

Ballingarry trainer Richard O’Brien landed a double at Dundalk on Friday where he shared his winners with Ronan Whelan and apprentice Scott McCullagh. One of four winners on the night for Ronan Whelan, Unchartered took the second division of the 8f maiden at odds of 10/1 and O’Brien’s double was completed when 50/1 outsider Irish Acclaim won the concluding 6f handicap under McCullagh who got the better of his father Niall on the Aidan Howard-trained Miss Jabeam by three-parts of a length.

Athea’s Eoin McCarthy was on the mark at Fairyhouse on Saturday where the Kevin Brouder-ridden Mattie’s Mountain won the 2m handicap hurdle. The Denis Enright-owned five-year-old battled well to see off Dont Go Yet by three-parts of a length, justifying strong market support that saw him go off the 9/4 favourite. He was also a winner over the same course and distance last month.

There was no shortage of Irish-trained success overseas late last week, most notably in Hong Kong where the Aidan O’Brien-trained Mogul triumphed in the Group 1 LONGINES Hong Kong Vase.

Providing O’Brien with a third triumph in the race, adding to Highland Reel’s 2015 and 2017 wins, Mogul got the better of local champion Exultant and Columbus County to also give Ryan Moore his third Vase success. “He’s a horse that we always expected a lot from. Today, the race worked out nicely for him, he’s beaten a really solid yardstick in Exultant,” Moore said.

A little closer to home, John McConnell sent out two good winners at Cheltenham. He won the Cross Country Handicap Chase on Friday afternoon with Some Neck which was ridden by Ben Harvey, his first winner in Britain.

The 18/1 chance got up in the final stride to beat the Charlie Mann-trained Defi Des Carres by a short-head. McConnell was a winner again at the track the following afternoon where the Richard Johnson-ridden Make Good ran out a hugely impressive seven-length winner of the Albert Bartlett Novices’ Hurdle.

The 12/1 chance came from off the pace to lead bypassing the final hurdle and skipped clear to win well in the testing conditions.

But it was the Michael Winters-trained Chatham Street Lad which stole the show with a 15-length victory in the Caspian Caviar Gold Cup Handicap Chase. A first cross-channel success for Darragh O’Keeffe, the eight-year-old could have been called the winner some way out and he was clear over the final fence as he beat Midnight Shadow to add to a recent Cork success.

The post Limerick contingent to the fore in the winners enclosure-Weekly Racing News appeared first on Sporting Limerick.