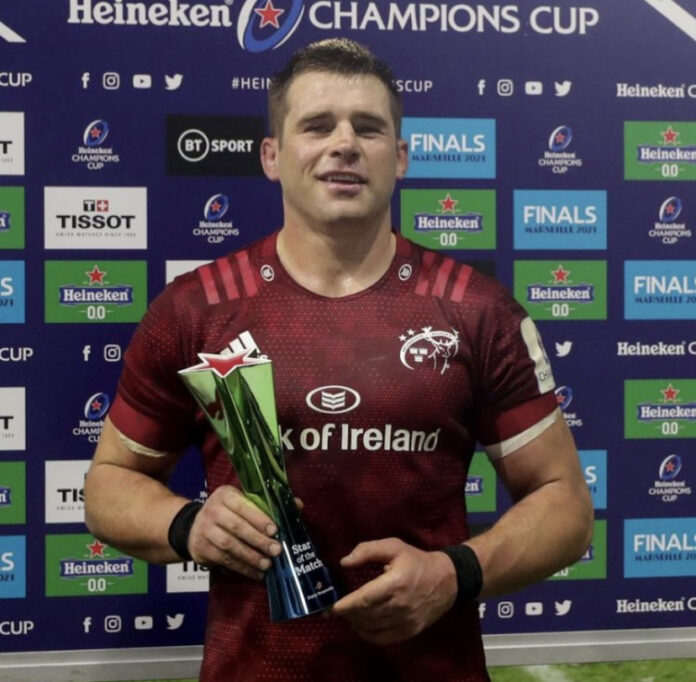 MUNSTER claimed a superb road win over Clermont on a 39-31 scoreline to put themselves well in the mix for a 1/4 final spot.

It was the poorest of starts from Johann van Graan’s side who were down a try inside 30 seconds courtesy of some superb hands and a devastating finish from Alivereti Raka.

By the time the clock had hit 25 minutes Munster had coughed up four tries, a bonus point and 28 points. As starts go, it was appalling. One would be forgiven for thinking the half time team talk was to be about damage limitation. Rowntree, van Grann and Larkham didn’t get the memo.

JJ Hanrahan was keeping Munster in touch with 3 penalty strikes but it was Mike Haley’s try on 28 minutes that cut the gap to just 12 points (28-16) at the break. It allowed Munster to see just enough light at the end of the tunnel to keep going.

Hanrahan narrowed the deficit to six points with a pair of penalties after the restart. His sixth penalty on 57 minutes made it a 3 point game after Judicael Cancoriet was yellow carded for a no-arms hit on Rhys Marshall.

Lopez restored the six-point lead with a penalty but the good work was undone when Thibault Lanen saw yellow for pulling down Tadhg Beirne at a lineout. Stander barged over at the back of a maul after a five-metre lineout, and Hanrahan held his nerve to convert and make it 32-21.

Replacement hooker O’Byrne then sealed the unlikeliest of victories when he crashed over late on, with Hanrahan maintaining his perfect record off the tee.