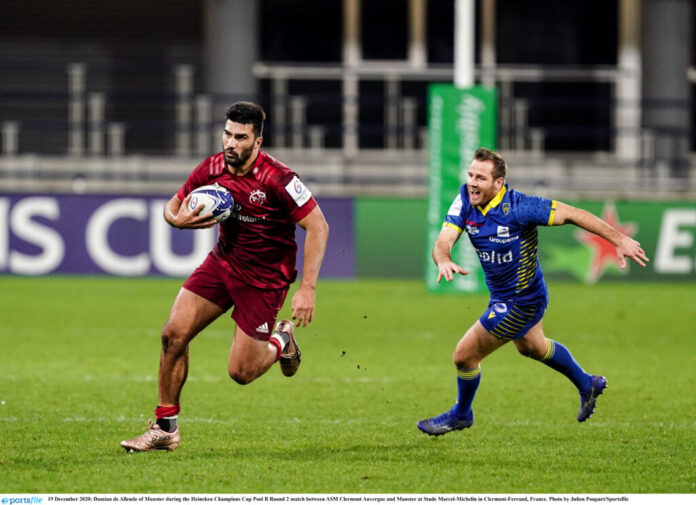 MUNSTER will look to make it three from three in this year’s truncated Champions Cup when they welcome Clermont to Thomond Park on 16 January.

These sides met in the Stade Marcel Michelin on 19 December where Munster recorded a historic 39-31 victory away to the French giants despite trailing by 19 points inside the opening 25 minutes.

England’s Luke Pierce will be the man in the middle when the sides meet in ten days time at 5.30pm.

Munster will then conclude the group stage of the competition a week later when they travel to the Twickenham Stoop to face Harlequins.

French official Mathieu Raynal will be in charge of that game.

Munster currently sit fourth in Pool B, two points ahead of Clermont with another win against the French club giving them a huge chance of progressing to the quarter-finals.