Home Rugby Munster LISTEN: JJ Hanrahan focused on Connacht “and nothing else” ahead of interpro... 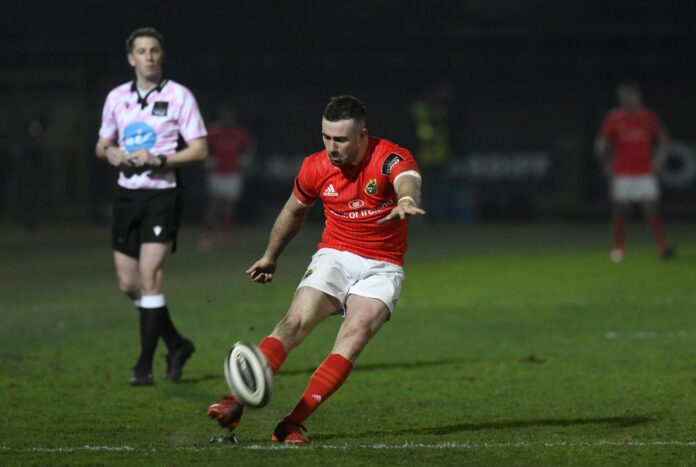 MUNSTER will look to return to winning ways this Saturday as they face Conference rivals Connacht in the Guinness Pro 14.

The Province fell to their first loss of the season last weekend as they lost out to Ulster while Connacht inflicted a first defeat on Leinster in 26-games.

Nonetheless, JJ Hanrahan says there is still confidence in the group stemming from their epic comeback victory over Clermont in December.

“As a team it was a big moment for us. We went behind but got a score early and it gave us a bit of belief. We said it would be a high scoring game, to stick with it and we would come out the right side of it which we did.

“I think it showed a lot of character that we stuck to the fight and went for 80 minutes. It shows what he group is capable of and we will probably have to show it a few more times this season.” he said.

The out-half praised the efforts of the squad as a whole who have gone eight from nine thus far in the 2020/21 season.

However, Hanrahan outlined how his side cannot rest on their laurels as they continue to strive for improvement.

“Yeah there is confidence in the group. We have a nice mix of experience and youth which is important. The young guys coming through have done a brilliant job and having world class internationals coming in then.

“We feel like we are in a good position but again in Rugby the past doesn’t matter. As great as it is having that confidence behind you everything is about the moment and looking forward so we’ve got to make sure we are working and getting better everyday.” he added.

And heading into the weekend, Hanrahan understands the importance of the game as Munster travel to Connacht who are just eight behind Munster at the summit of the table.

With just the table toppers advancing to the finals, this is a huge game for both sides as Hanrahan highlighted.

“We started the season not knowing what way it was going to go so we just took it one game at a time and I think that mentality has worked for us. Obviously we fell off the horse last weekend so we are hungry to get on it again this weekend.

“We know the format of the season and where we need to finish. We are in a good position but that means nothing going into this weekend.

“Connacht are pressing hard and that’s all we are thinking about is this weekend and nothing else. We will focus on this game only and try and take it on its merits.”

Listen to the interview with Hanrahan in full below.

The post LISTEN: JJ Hanrahan focused on Connacht “and nothing else” ahead of interpro derby appeared first on Sporting Limerick. 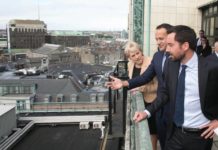