Home News Gearoid Hegarty to feature on the cover of Sportsfiles’ “A Season of... 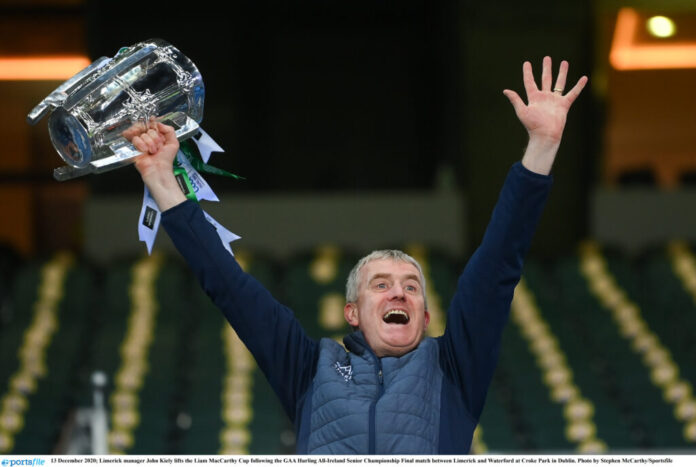 AFTER a year that saw him pick up a second All-Ireland title and potentially a Hurler of the Year gong, Limerick star Gearoid Hegarty has been chosen as the cover on Sportsfiles annual “A Season of Sundays” for 2020.

In a year like no other, the book chronicles 2020 through photos from Ireland’s Largest Sports Photography Agency.

While the intercounty season was heavily delayed due to the pandemic, so has the release of the book which will not be on sale until 25 January.

However, you can pre order the book here.

Hegarty celebrating Limerick’s All-Ireland triumph will act as the cover image but there is bound to be a number of Limerick photos featured, including the footballers who claimed Division 4 honours in October.

“Now in its twenty-forth year of publication, A Season of Sundays 2020 embraces the very heart and soul of Ireland’s national games as captured by the award winning team of photographers at Sportsfile. With text by Alan Milton, it is a treasured record of the 2020 GAA season to be savoured and enjoyed by players, spectators and enthusiasts everywhere. Please note: This book is currently being printed and copies ordered now will be posted on Monday January 25.”

Check out some of the best images form Sportsfile this year below.

The post Gearoid Hegarty to feature on the cover of Sportsfiles’ “A Season of Sundays 2020” appeared first on Sporting Limerick.