Home Sport Gaa On this day in 2020: Limerick claim pre season double in the... 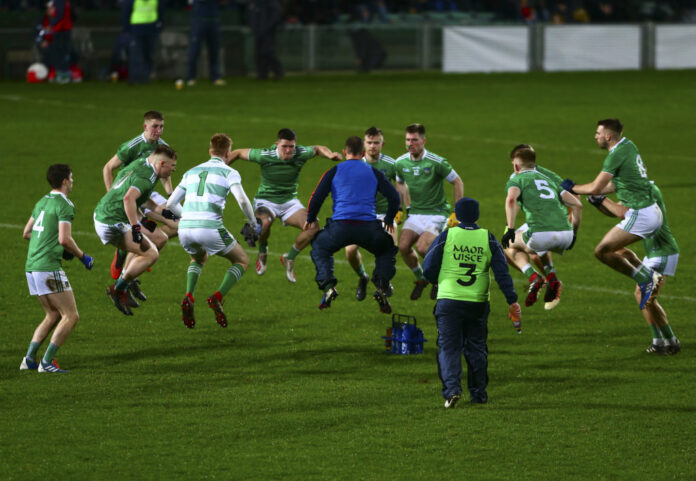 12 months ago the world was a vastly different place with the threat of the coronavirus majorly overlooked in Europe.

Almost exactly two months prior to the closure of schools, universities and creches due to the virus, the Limerick senior hurlers and footballers would claim pre season honours in a brilliant night at the LIT Gaelic Grounds.

The footballers were to host Cork in the evening’s opening game in the McGrath Cup final. Limerick had beaten Waterford and Clare either side of New Years Day to book their place in the final against the Rebels.

Having waited fifteen years for a title in the competition, Limerick started with intent and were 0-12 to 0-8 to the good at the short whistle against the pre match favourites.

After missing the 2019, Danny Neville would prove the difference as his total of 0-7 pulled Limerick clear as they maintained the gap to the final whistle to earn a 0-20 to 0-16 victory.

Lee’s side would go on to capture National League honours in October before reaching the Munster semi-final for the second consecutive year.

The hurlers would follow in the example of their counterparts as they put Cork to the sword in a dominant Munster Hurling League Final.

Cork started brightly, but Aaron Gillane’s goal was the difference at the half as John Kiely’s men lead by 1-14 to 0-14.

They would take control of the game in the second half and would ultimately run out convincing 1-32 to 0-20 winners.

It was Limerick’s third successive win to start 2020 as they ended the year with the perfect 13 as they picked up League, Munster and All-Ireland medals.

The post On this day in 2020: Limerick claim pre season double in the Gaelic Grounds appeared first on Sporting Limerick.