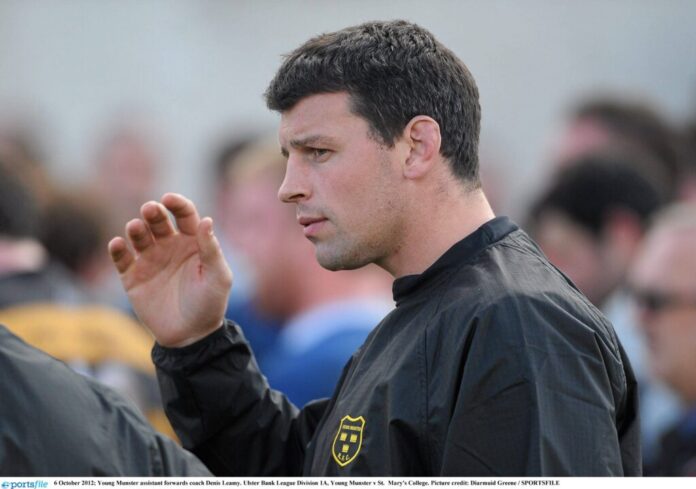 ALTHOUGH the U20’s Six Nations has been postponed until a later date, the side has new management in place with former Munster No.8 Denis Leamy taking up the role of Defence Coach.

Kieran Campbell is the new Head Coach, taking over from Noel McNamara.

Campbell, the Ulster Academy Manager, had been Assistant Coach under McNamara for the last three seasons, including the memorable 2019 Grand Slam-winning campaign, and brings a wealth of experience to the role. He will be assisted by Forwards Coach Colm Tucker and Leamy.

The Tipperary man won two Heineken Cups with Munster in 2006 and 2008 and a Magners Celtic League prior to his retirement in 2012 due to injury.

Leamy made 57 appearances for Ireland and in October 2019, he joined Leinster as an elite player development officer.

Speaking after the postponement of the competition, Campbell said,

“The postponement of the Six Nations is disappointing for the players, coaches and management, however the most important thing is people’s health and we fully understand and support the decision.”

The fixtures for this year’s U20 competition are set to be finalised at the end of January.