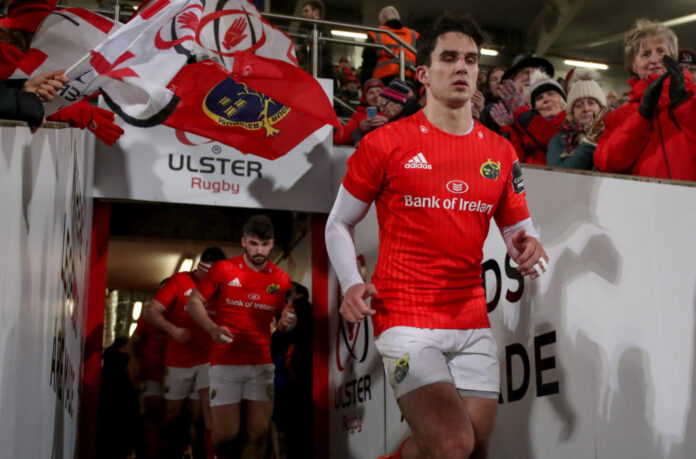 INJURED Munster star Joey Carbery spoke to Munsterrugby.ie today updating supporters about his rehab progress and underlined his motivation to make a full return to the Munster first team.

During the interview with Munster Rugby, Carbery explained how important staying around the rest of the squad has been during his time sidelined.

Completing gym work with the company of fellow injured players, sitting in on team meetings and keeping occupied with college work have all been very beneficial to Carbery in what has been an extremely challenging past year for the 25 year-old.

Carbery has been out of action since early August following the recurrence of an ankle injury that also disrupted the Irish international’s 2019/2020 season.