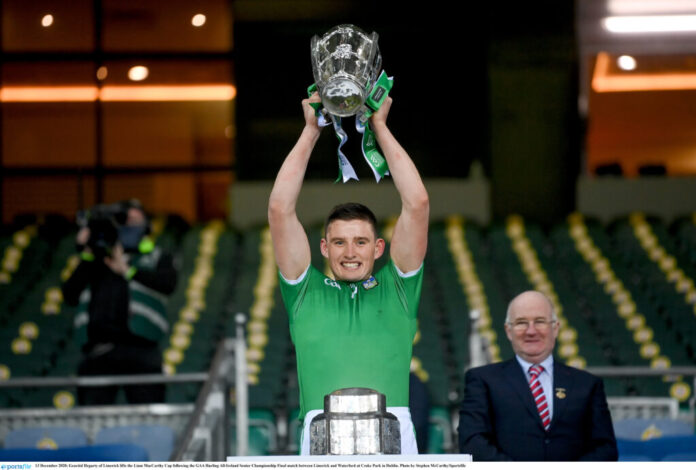 LIMERICK wing-forward Gearoid Hegarty has been nominated for the 2020 RTE Sportsperson of the Year Award.

The 26 year-old St Patrick’s clubman led the Treaty County to a second All-Ireland title in three years in December and was one of nine Limerick players nominated for an All-Star award earlier this month.

Hegarty was a stand-out performer for John Kiely’s men throughout the Championship and capped off an excellent season by scoring seven points against Waterford in the All-Ireland Final.

Golfer Shane Lowry won the award for 2019 following his success at the Open Championship.