Home Sport Gaa Opinion: The impact of the Fitzgibbon Cup on the growth of... 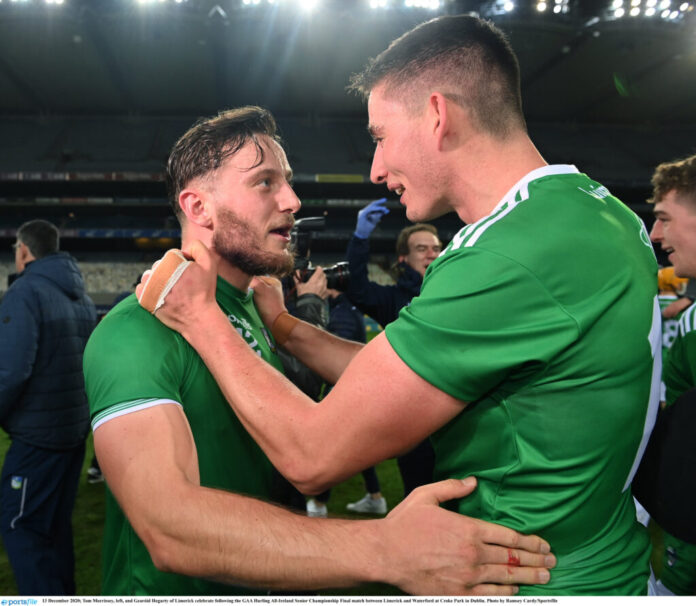 AFTER completing the perfect season, unsurprisingly Limerick dominated the All Star nominees with fourteen of the panel nominated for the prestigious end of year award.

It is an indication of the talent in the squad with a number of players in line to earn a second award and in Sean Finn’s case a third on the trot.

Those nominations, as well as Hegarty being named hurler of the month for December grabbed much of the recent headlines with the unfortunate but expected announcement that the Fitzgibbon Cup was cancelled for 2021 flying under the radar.

While the loss of the competition is the correct decision given the current climate, it does little to ease the disappointment that third level hurling will be absent this year.

The effect that the premier college’s hurling competition has had on Limerick in recent years is profound, something which was reinforced by Hegarty in the wake of the announcement.

Hegarty was one of seven current Limerick players that helped UL to the title in 2018 with the Hurler of the Year elect lamenting the cancellation.

“That’s a big pity because I was only thinking about it with my brother in first year of college at the moment in UL. College hurling is really great platform to show intercounty managers, whether its U21 or senior, what you’re at and how good you are. I look back so fondly on both my Fitzgibbon and Sigerson.

“That Fitzgibbon cup medal was my sixth year of college. It was my last year and that medal is one I’ll always hold dear. We had a really good Fitzgibbon Cup team and if you look back, there’s a lot of very good players that went on to win an All-Ireland medal.”

That UL win was Limerick’s fourth successive triumph following UL’s previous victory in 2015 with Dan Morrissey at midfield and Mary I’s back-to-back in 2016-2017.

The 2016 win was the teacher training college’s maiden triumph with Richie English captaining the side and Declan Hannon top scoring in the final win over UL.

However, one of Limerick’s real success stories in the competition came in the 2017 win with the rise of Aaron Gillane.

After helping Patrickswell to the county title in the Autumn of 2016, Gillane was in sparkling form for Mary I the following spring, top scoring in the competition and finishing with 1-5 in the final as they retained their title.

Gillane ended the year with an U21 All-Ireland medal, the U21 Hurler of the Year award and a debut for the senior side after he was dropped from the set up prior to the Fitzgibbon cup campaign.

The impact of the competition is not lost on the Patrickswell man who said as much after his final game with the college in the 2019 Fitzgibbon Cup final, a loss to UCC.

“For myself personally, that rising star award was a great way to finish off hurling with Mary I. The Fitzgibbon Cup has been good to me these last few years, it’s a competition that obviously, means a lot to me.”

The path that Gillane helped pave is certainly becoming more frequently followed with Paddy O’Loughlin helping UCC to that crown in 2019 before earning a first start for Limerick in the championship later that summer.

Conor Boylan and Ronan Connolly were both on board as O’Loughlin captained the Cork college to retain their title last year with the trio all named in John Kiely’s 2020 All-Ireland final matchday squad.

In total, 17 of that 26-man squad have Fitzgibbon Cup medals in their collection with 11 of the those named among the starting side.

While it’s presence will be sorely missed in 2021, the impact of the Fitzgibbon Cup will not be lost on anyone that has been involved in the prestigious tournament.

The post Opinion: The impact of the Fitzgibbon Cup on the growth of Limerick hurling appeared first on Sporting Limerick.