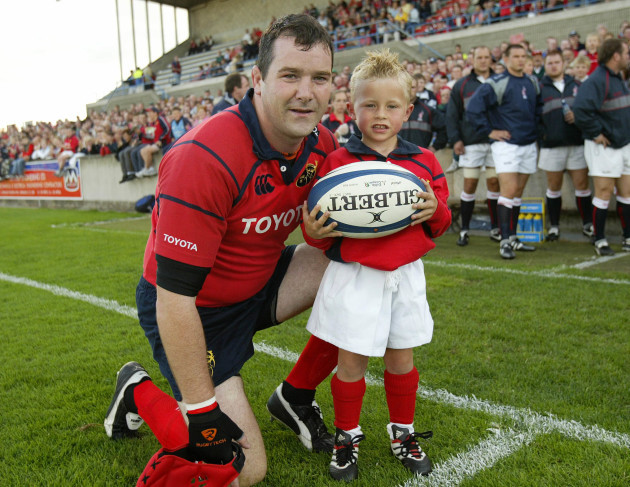 MONDAY was a day that the Casey family will never forget.

That’s because when Andy Farrell named his 36-man Six Nations squad at 10am there was one much welcomed surprise selection. Among ten Munster men, including household names like Conor Murray and Peter O’Mahony, was a 21-year old Limerick scrumhalf.

Shannon RFC’s Craig Casey has played eleven times for his home province this season, scoring one try and assisting another four. Standing at 5’5, Casey has impressed coaches and supporters alike with his all-energy displays that have injected life into Munster’s attack this campaign.

As nephew of former Munster star Mossie Lawler and son of Munster development officer Ger Casey, the youngster comes from a good rugby background. Having progressed brilliantly through the Shannon underage ranks, Casey began to turn heads as a teenager playing cup rugby for his school Ardscoil Ris where he captained his team to a Senior Cup semi-final in 2017.

As a natural leader with a Peter Stringer-like pass and a sweet strike from the tee, it wasn’t long before a Munster academy contract was put on the table.

Coaches that worked closely with Casey would have been unsurprised by his progress up until that point. The number nine was a name on the lips of many observers of the local game in both club and schools rugby circles.

However, the most impressive part of his journey came in recent years when that upward trajectory came to a crashing halt with three surgeries required in the space of fourteen months. Meniscus injuries to both of his knees and an in-grown hair on his lower-back proved untimely disruptions in 2018.

Casey missed out on an U20 Six Nations championship and over a year of action at the most important time for a young player trying to earn a senior deal in the game.

Inspired by his life-long dream to play for Munster, the support of the Munster medical team and by watching his sister recovering from a serious back injury at the same time, Casey came out the other side of a difficult 14 months better than ever.

In 2019 he lead the Ireland U20s team to a Grand Slam victory and has cemented himself as mainstay in the Munster match day squad since.

That same spirit has been evident in every minute of the 21-year old’s performances for Munster this season.

Casey’s spirit and determination has made him stand out every weekend and Monday’s Ireland call-up has propelled him to a stage where he can now demonstrate such qualities to an international audience.

With the talent and determination of this young man, the sky is the limit.