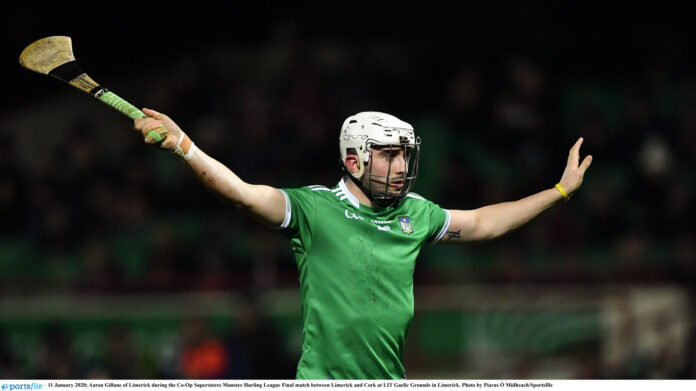 TWELVE months ago today, the Limerick footballers and hurlers won their opening games in the National Leagues.

The hurlers, who were defending champions, travelled to Semple Stadium to take on the new All-Ireland champions Tipperary.

Tipperary were quick off the blocks in the first competitive game since being crowned Liam MacCarthy champions and raced into a 0-4 to 0-0 lead against a lacklustre Limerick side.

This continued into the half as Tipperary held a commanding 0-13 to 0-4 lead at the break.

Limerick would come out a different team in the second half and got the first four scores after the restart. Aaron Gillane would grab the games first goal on 50 minutes with Gearoud Hegarty’s goal on 56 levelling proceedings as 2-10 to 0-16.

From here, Limerick would outscore their hosts 0-4 to 0-2 to take the opening night win.

Meanwhile in Dungarven, Billy Lee’s side continued their early season form with a second win over Waterford in 2020.

However, Adrian Enright would get the games first goal midway through the first period with the sides level 1-3 to 0-6 at the half.

Tommy Griffin and Enright had Limerick’s first two scores of the second half but it was Danny Neville’s tally of 0-3 after the short whistle that would would prove crucial with Limerick earning the win.

Both sides would go on to win their respective National Leagues, albeit in October.

The post On This Day-2020: Limerick Hurlers and Footballers begin respective League campaigns with victory appeared first on Sporting Limerick.