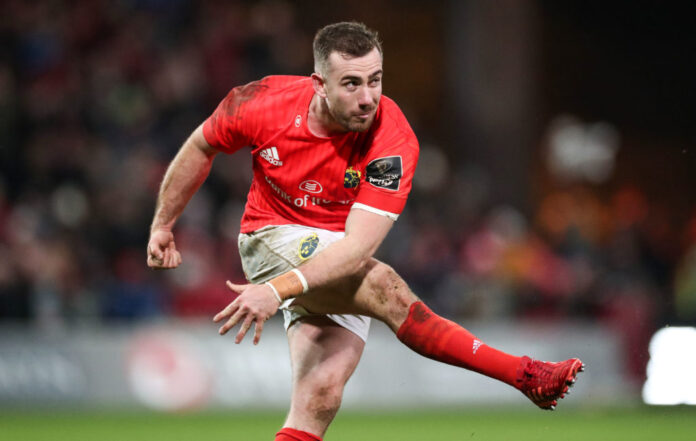 When you’re the goalkicker, the pressure hits different.

Standing over a kick in pure silence – it seems even worse when the stands are empty, for some reason – with only you, the posts, the elements and the strike of the ball between success and failure.

I couldn’t handle the pressure of that, personally speaking, so my respect for the guys who do stand over those kicks is unending. I felt the pressure messing around kicking goals in a GAA pitch 20 seconds over the road back in the summer with nobody watching (uh… don’t tell the GAA I was kicking a rugby ball in their pitches) so I can’t even picture what it’s like doing it when it matters at the highest level.

Goalkickers are different beasts. The thought of standing over a touchline conversion to win the European Cup in the last minute of the final puts the wind up me but the very best goalkickers want that pressure on them – make or miss. Ultimately, you earn the pressure of being a big-time kicker. Make or miss, success or failure, that’s on you.

Every goal kicker dances along that line and the higher up in this game you go, the narrower the line gets. In the biggest games with the highest stakes, that line is a razor’s edge that’ll cut the unprepared.

On Saturday night, JJ Hanrahan came off the field with a few nicks.

The pressure on the latest Munster vs Leinster game was magnified, somewhat, by the context of the times we’re living in. In a lockdown, everything is bigger and smaller than it has any rights to be. You can’t go 5km from your house for a spin or go for a pint because the virus doesn’t care that you’re gasping for any bit of normality, it’ll grab you by the throat, mess you up if you’re unlucky and then go looking for your parents or grandparents after it’s done with you. So we stay at home.

Unlike previous pandemics, we have an entire world in our phones and laptops and more content than we could ever watch on whatever screen we choose to look at. We also have the ability to pick up our little black rectangles and talk to any of your friends or all the strangers you could ever want to on social media. Try telling someone back in 1918 that you can do that and watch them have an existential crisis over the fact that someone from the future just stepped out of a wormhole to try and explain to them why Bernie Sanders sitting somewhere unusual is hilarious, actually.

It doesn’t make this lockdown any easier knowing that we have these magic black rectangles.

Eating a turd baguette in 2021 isn’t any easier because someone back in 1918 ate a full turd birthday cake. So while we can watch whatever we want and talk to whoever we like, none of us is any happier for it. Worse still, our digital selves are becoming more closely intertwined with our actual selves. If all you do is look at your phone or laptop all day, and all you see is a timeline on Facebook or Twitter scrolling by with the latest serving of turd sandwich, you experience that stuff as if it’s real because what else is there to do?

It makes you cranky, it makes you lose perspective and that can increase the pressure on silly things like rugby games. It got so bad for some Leinster fan on Saturday that they DMed me with a crack about my schizophrenia and that Munster losing would send me back to the “nuthouse”. First of all, the nuthouse is pretty nice actually and secondly, Munster losing to Leinster isn’t going to send me back there. What was wrong with that guy? I have no idea. In a moment when he should have been happy that his team won, he decided he wanted to take time out of his day to try to ruin mine. That isn’t very cool or normal, right?

But lockdown exaggerates things. It can turn the vaguely good-natured “slagging” that follows every [my team beat your team] moment into virtual muggings of our digital selves. To endure – and I mean endure – the “slagging” during the week that every Irish person swears up and down that they just love, absolutely love, can be too much when your life is in your phone, your sense of self is wrapped up in a team winning or losing, and you have no other outlet because you’re in lockdown.

Maybe that’s why Saturday’s game felt bigger than what it was, a rescheduled league game played in front of zero people.

The game finished 8-15 to Munster.

Jason Holland started at #10 but went off injured.

Jeremy Staunton was at fullback for Munster that night and missed a few kicks before landing the ones that won the game.

I’m sure people built that up to huge importance or significance at the time but it hasn’t echoed through history, let’s put it that way. I’m sure Munster pumping Leinster 18-0 in the RDS in September 2008 before doing the same in Thomond Park in December felt like a big deal too but what happened in May 2009 is all anyone remembers.

My point is, Munster haven’t beaten Leinster in five games but after this frustrating loss that probably should have been a win, all that matters is the next time we play them. Maybe JJ Hanrahan will use the nicks he suffered during this game to build on the nicks from September to finally put something together for the next one.

Maybe he won’t be involved in the next one and someone else will have to walk that razor’s edge. All I know for certain is that I won’t envy them.