FORMER Charlton Athletic and Republic of Ireland goalkeeper Dean Kiely has been appointed as the new Irish goalkeeping coach by manager Stephen Kenny.

Kiely had been heavily linked with the job along with the likes of Nicky Colgan and Shay Given but Kenny opted for the current Crystal Palace goalkeeping coach.

Kiely will replace longstanding coach Alan Kelly who stepped down a fortnight ago, citing the current concerns in relation to the Coronavirus pandemic as his main reason. The FAI announced the appointment on their official Twitter account this afternoon.

Kiely will combine his role with Eagles under Roy Hodgson with his new job. He said it is a huge honor to be given the opportunity.

“It was a tremendous honour to represent Ireland as a player and now, to get the opportunity to represent my country as a coach, it brings up exactly the same emotions. I’ve always watched from afar as a fan and I really believe there are exciting times ahead in Irish football.

We’ve got a real blend of experience and young players with potential coming into the squad. It is something I’m desperate to be a part of and I’m already looking forward to the qualifiers in March.”

Stephen Kenny was full of praise for Kiely’s enthusiasm when approached about the role and hopes his current goalkeepers can learn from the experienced former netminder.

“His sheer enthusiasm and his sense of pride at the prospect of representing Ireland is very uplifting, and the current crop of talented goalkeepers in the squad will benefit from his expertise and experience.” 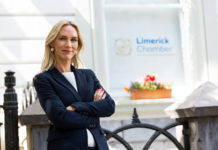