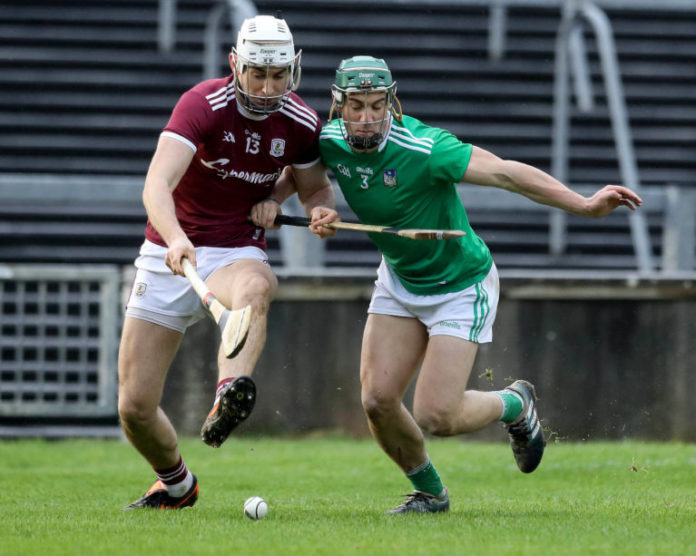 Twelve months ago, both the Limerick footballers and hurlers continued their early season form with John Kiely’s side overcoming Galway in the Gaelic Grounds and Billy Lee’s team disposing of London in Rathkeale.

The previous year, Kiely’s men overcame Tipperary at the same venue with the footballers falling to Sligo in their league opener in 2014.

Limerick made it two from two in the National Hurling League with a 1-19 to 0-14 win over Galway in the LIT Gaelic Grounds.

The sides were level three times inside the opening twenty minutes in an end to end encounter.

Joe Canning would pull Galway 0-8 to 0-6 clear but six on the bounce from Limerick had them four clear approaching the half.

Shane O’Neill’s side had the final score of the half to leave it 0-12 to 0-9 in Limerick’s favour at the short whistle.

Despite a Galway comeback, the lead was as much heading into the final ten minutes with Limerick cruising to the victory in the end.

The Limerick footballers made it two from two in the League and five on the bounce in 2020 as they defeated London 0-8 to 0-7 in Mick Neville Park.

Limerick fell behind early with the visitors grabbing the first three scores of the game.

Padraig de Bruin got Limerick off the mark and a pair from Donal O’Sullivan and a Jamie Lee effort had the home side ahead heading into the dressing rooms.

The Exiles brought it back to one with successive scores but a Jamie Lee point would prove crucial with London unable to draw level.

John Kiely’s Limerick send out warning with comprehensive 1-21 to 1-14 win over Tipperary in the LIT Gaelic Grounds.

Building on the round 1 win in Wexford, Limerick were welcomed to the Gaelic Grounds for the first league game since their All-Ireland triumph in August.

However, Tipperary would grab the first goal of the game with Patrick Bonnar Maher pushing them 1-4 to 0-4 ahead after 22 minutes.

Limerick would gain an upper hand early on in the second period and within 15 minutes they were three clear.

With 67 minutes on the clock, Paudie Maher would get Tipp’s final score reducing the deficit to 1-18 to 1-14.

But from here Limerick were once more dominant and had the final three scores to claim a deserved win.

John Brudair’s Limerick fell to an opening day 0-15 to 0-13 loss in Markievicz Park against Sligo.

Limerick, with the aid of the breeze, had a healthy three point lead at the break with Seamus O’Carroll helping them to a 0-8 to 0-5 advanatage.

However, with the conditions in their favour, the hosts controlled proceedings in the second period.

They were able to keep Limerick at bay despite some positive goal chances, overturning the deficit into a two-point win.