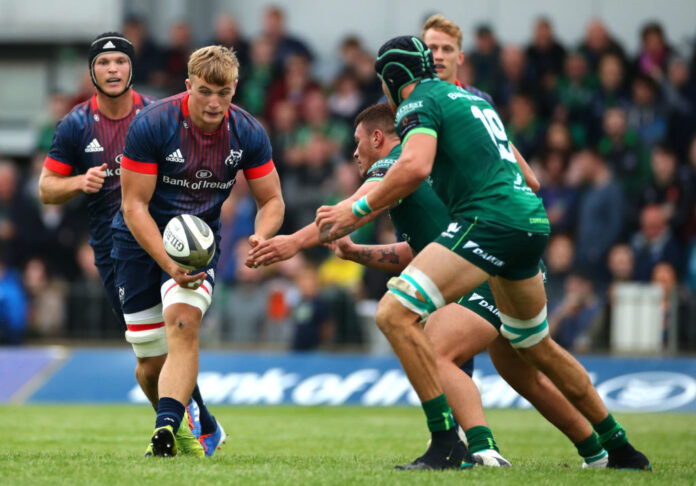 The call-up comes following the withdrawal of Caelin Doris and Quinn Roux ahead of Sunday’s clash with Wales (15:00 K0).

Skibbereen man Coombes made his Munster debut in 2018 Vs Cheetahs and has scored six tries this season. His standout performances have earned him a starting place in the Munster first team and the Ireland call-up comes as some well-deserved recognition for his displays. Joining him in the training group will be Leinster second row Ryan Baird.

Leinster’s Doris was said to have been reporting concussion symptoms while Connacht second row Roux had a neck complaint. Both are expected to be back training next week.