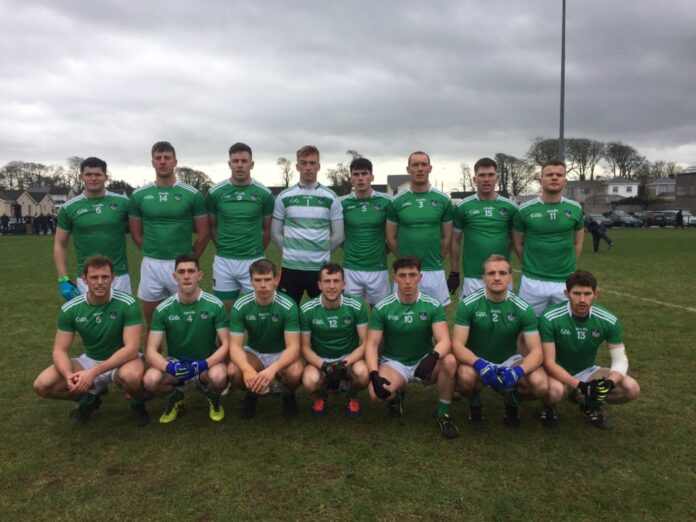 Two years ago today, Billy Lee’s Limerick side continued their perfect start to the National League season while in 2013, Maurice Horan’s men made a successful start to their Division 4 campaign.

Limerick made it two from two in the National Football League as they beat Waterford 1-13 to 0-10 in Newcastlewest.

After their Round 1 win in London, Limerick started in similar fashion with a brace each from Peter Nash and Seamus O’Carroll helping the hosts into a 0-5 to 0-1 lead.

Waterford replied with two unanswered but scores from Davy Lyons and O’Carroll gave Limerick a four point lead at the short whistle.

Patrick Begley would prove the difference in the second half with the Mungret man notching the all important goal after 60 minutes, steering the ball into the Waterford net after Jamie Lee’s delivery.

Begley would also add two scores from marks with all of Limerick’s starting six forwards getting on the scoresheet in the comprehensive win.

Limerick got their National League campaign off to the perfect start as they outgunned Leitrim 0-11 to 0-9 in the opening round at the Gaelic Grounds.

Emlyn Mulligan had the first score of the day for the visitors but a James O’Meara effort and a brace from Eoghan O’Connor helped Limerick into a two point advantage.

Mulligan replied with a brace of frees before swapping placed ball scores with O’Connor. Leitrim would have the final say of the first half with the Connacht side taking a slender 0-5 to 0-4 lead into the dressing rooms.

O’Connor would bring the sides level inside five minutes of the restart with Limerick then racing into a 0-10 to 0-6 point lead.

Leitrim would rally with three unanswered to reduce the deficit to one before Paul Kinnerk sealed the victory with a late insurance point for the hosts.

Limerick would go on to claim Division 4 honours later that spring.

The post On This Day: National League successes for the Limerick Footballers appeared first on Sporting Limerick.