Home Sport Gaa “We didn’t get here all of a sudden”-William O’Donoghue praises the efforts... 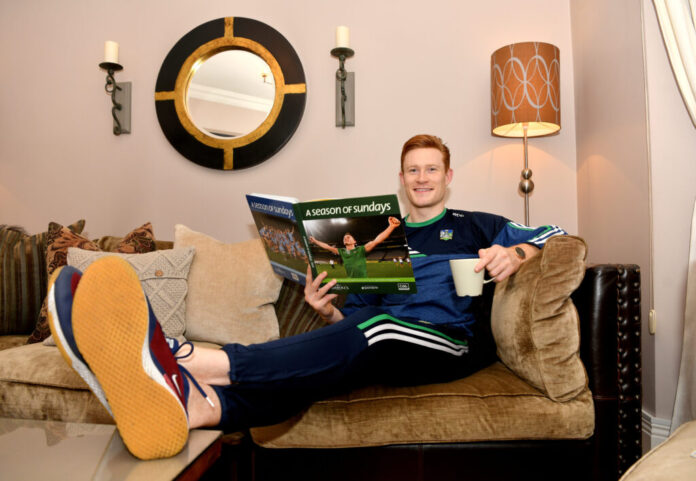 IN the midst of the global pandemic there was no stopping William O’Donoghue as he continued to add to his already extensive medal collection.

The Na Piarsaigh star paired All-Ireland success with county honours for the second time in three seasons, playing an integral role for both sides.

An All Star is the only accolade that has eluded the midfielder who has won it all for club and country with his 2020 performances going a long way in earning that individual prize.

It has been pretty much success throughout his career with O’Donoghue recalling winning the Mackey Cup with his primary school in 2007 alongside current Limerick players Cian Lynch, David Dempsey.

“I suppose it was the first thing I would have won where there were guys from different schools across Limerick City. In JFK (John F Kennedy Memorial Primary School) we managed to win the 10’s, 11’s, and 13’s so that was a brilliant starting point in terms of competitive schools hurling.

“And obviously going into Ardscoil Rís then where you’re mingling with guys from different clubs and different backgrounds and stuff. I think that schools hurling is a brilliant education for a lot of kids in terms of the social aspect but also in terms of hurling development as well.”

In those times, Limerick was largely seen as a rugby county, with Munster winning Heineken Cups either side of ’07.

At the same time Limerick hadn’t won a Munster championship game from 2002 until 2007 against Tipperary before waiting until 2013 for their next championship victory.

As such, O’Donoghue has praised the efforts schools in helping Limerick get to where they are now as the pinnacle in the game.

“I suppose when you look back that was probably around the time Munster were winning Heineken Cups and were huge on that scene. I think rugby was probably never bigger in Limerick than it was back then.

“That was 13 years ago, it’s not like it was an overnight success. I think the work that Limerick GAA and schools in Limerick have done for hurling has certainly driven that trend towards hurling which is where we’ve arrived now.

“We didn’t get here all of a sudden. It was kind of backboned by schools like Castletroy and Ardscoil Rís and other schools like that. And also the whole primary school scene, the Mackey Cup, and the Limerick Leader Cup and all of those stuff. They all feed into where we are now.

“That’s the type of work that drives hurling in terms of its popularity and its uptake within the city to where it is at the moment. Obviously now it looks fantastic because the senior team is winning All-Irelands.

Nonetheless, O’Donohgue outlined his luck at where he comes from as Na Piarsaigh have become one of the powerhouses in the country since his introduction into the side with fellow schoolmates Kevin Downes and Shane Dowling paving the way for the city side.

“As insignificant as it might seem, winning the three competitions we played in JFK and to get a taste for winning in competitive sport is huge. To go into Ardscoil where you compete in White Cup, Rice Cup, Dean Ryan and the Harty Cup, it’s a huge exposure to what a level up would be like.

“We had a lot of the lads coming on the scene a few years ahead of me with the Na Piarsaigh senior team who would have gone through the exact same thing.

“I’m pretty sure Caherdavin won four Ola Cups in a row and as insignificant as that Ola Cup may seem back then, if you look at the Caherdavin team from when Kevin Downes was born, back in about 1970, a lot of them would have been on the first Na Piarsaigh team to win a county title, so it’s mad the correlation between the two and how important it is.

“It’s (Ardscoil Rís) a huge feeder, it’s almost an academy in itself in terms of the time that’s put into it and the people who are drawn into it and the different talents that come into the school.

“It’s a fantastic hurling school and people want to get in there to be part of it more so than Ardscoil bringing people in. To be exposed to training with guys from Sixmilebridge and other clubs like that is a brilliant stepping stone.” he added.

The post “We didn’t get here all of a sudden”-William O’Donoghue praises the efforts of schools in Limerick’s success appeared first on Sporting Limerick.