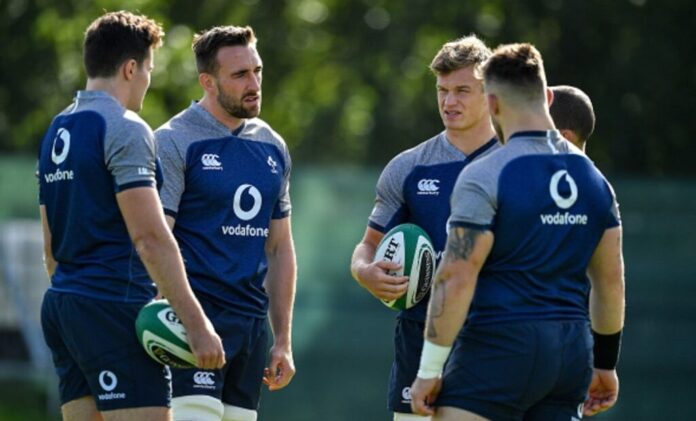 THE IRFU released a squad update today with the news that Leinster number eight Jack Conan has been called up ahead of this weekend’s clash with France.

Munster youngster Gavin Coombes had trained with Ireland last week but it has now been confirmed that he has returned to his province.

Leinster duo Ryan Baird and Ed Byrne also trained at Carlton House last week but will remain with the squad.

Johnny Sexton and James Ryan will undergo return to play protocols this week after suffering head injuries on Sunday against Wales.

As a result of his red card in the same game, Peter O’Mahony will attend a disciplinary hearing later this afternoon.

Ireland take on France this Sunday at 15:00 (Virgin Media One)