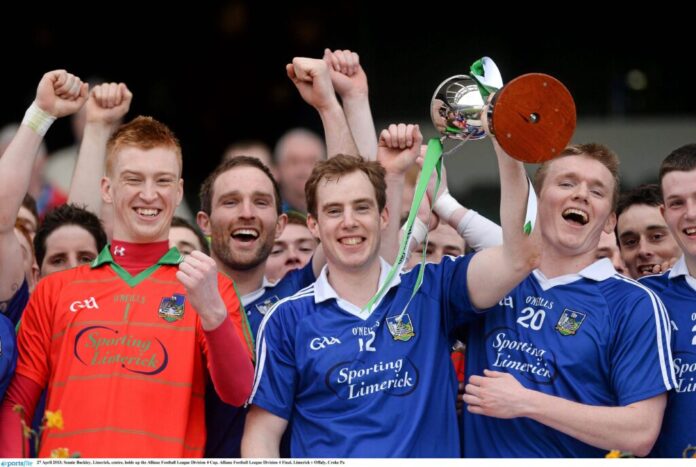 On this day two years ago, Billy Lee’s Limerick footballers fell to Wicklow in the National League while six years previously, Maurice Horan’s men picked up a second consecutive win.

In 2018, Na Piarsiagh overcame the odds to reach a second All-Ireland final in three years.

Limerick were handed their first loss of the 2019 League as they fell 2-8 to 1-6 against Wicklow in Aughrim.

The hosts were quick off the blocks with the first three scores of the game and were four to the good after 20 minutes with a Jamie Lee free Limerick’s only score.

Billy Lee’s side did have two of the final three points of the half to leave it 0-6 to 0-3 in Wicklow’s favour at the break.

Fiteen minutes into the second, the Shannonsiders had their first lead of the day with Seamus O’Carroll’s goal pushing them 1-5 to 0-7 to the good.

But Wicklow’s reply was immediate with a goal of their own three minutes later. With Limerick pressing for another, the Leinster men struck their second to seal the win.

13 man Na Piarsaigh over came Slaughtneil 3-15 to 3-8 to reach a second All-Ireland final in three years.

The sides traded the first six scores evenly before a Slaughtneil goal gave them the ascendancy.

Conor Boylan would erase the deficit minutes later with a first goal for the Limerick champions.

But a Brian Cassidy three pointer ensured a 2-6 to 1-6 lead for the Derrymen at the break.

The Caherdavin men were dealt two huge blows after the restart with both Thomas Grimes and Conor Boylan sent off for striking offences.

Nonetheless, the dismissals seemed to spur on the Limerick side as they scored 1-5 on the bounce to move 2-11 to 2-6 clear with Kevin Downes getting their second goal of the day.

On his return after injury, Shane Dowling conjured up a moment of magic for Na Piarsaigh’s third to effectively kill off the game and set up a tie with defending All-Ireland champions Cuala in the final.

Limerick made it two from two in the League with a 1-8 to 0-12 win over Offaly in Tullamore.

Against the wind in the first half, Limerick were resigned to short passing with the Offaly men seizing the initiative with the only goal of the game.

However, Limerick were only two points in arrears at the break with two points from Brian Scanlon and efforts from defenders Mark O’Riordan and Stephen Lavin keeping them in touch in O’Moore Park.

With the aid of the breeze and fresh legs from the bench, Limerick were much the better in the second half.

Eoghan O’Connor would get the crucial score in the 69th minute to push the Shannonsiders into the lead. Between he and Ryan, the pair combined for 0-7 of Limerick’s total in the win.

The sides would meet in the final of Division 4 later that spring with Maurice Horan’s side once again coming out on top to claim National League honours.

The post On This Day: Differing League results fo the footballers as Na Piarsaigh reach a second All-Ireland final in 2018 appeared first on Sporting Limerick. 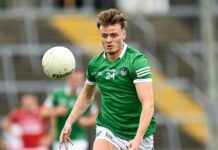