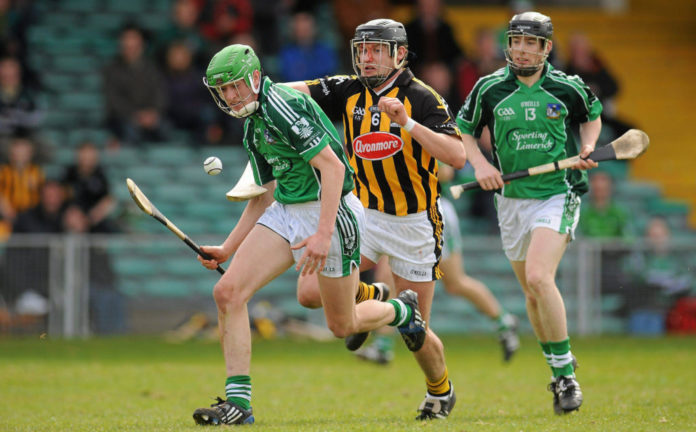 On this day two years ago, a Limerick blitz prior to half-time ensured John Kiely’s men made it three from three in the League while they would overcome Dublin the previous year.

On that same day, Ardscoil Ris claimed a fifth Harty Cup title since the turn of the decade.

Limerick made it three from three in Division 1 with a comprehensive 2-18 to 0-15 win over Kilkenny in Nowlan Park.

Kilkenny opened the scoring inside the first minute before Shane Dowling replied with a monster effort.

This trend would continue throughout the first half an hour with the sides level five times and deadlocked at 0-7 apiece on 33 minutes.

Limerick then struck 2-3 without reply to close out the half and put the game beyond the hosts.

Firstly Shane Dowling goaled before Conor Boylan blasted to the net to give the visitors a nine-point cushion in the dressing rooms.

They would grab the first six scores of the second half to move fifteen clear of their hosts before Richie Leahy struck for the Cats.

It would prove in vein however with Limerick strolling to the win and sending out a message of intent en route to League glory.

Yet, when these sides met in the All-Ireland semi-final later that year, the Cats would have Limerick’s number.

Limerick had twelve points to spare as they beat Dublin 1-26 to 0-17 in the Gaelic Grounds in the third round of the National League.

Tom Morrissey had the opening two scores of the night and Limerick looked comfortable notching three of the first four scores.

But Dublin had the margin back to a point midway through the first half.

Their lead was out to four on 23 minutes when Barry Murphy was pulled down by Dublin goalkeeper Alan Nolan in the penalty area.

Aaron Gillane made no mistake from the penalty spot and their advantage was 1-13 to 0-7 at the break.

Limerick didn’t relent on the restart and with Semaus Flanagan, David Reidy and Morrissey in irresistible form, they were 1-18 to 0-8 to the good.

They would ease to the win and continue their 100% record in the hope of earning promotion, a feat they would achieve the following month.

Earlier in the day, Ardscoil Ris would claim a fifth ever Harty Cup title with a 3-18 to 2-10 win over Midleton CBS in Mallow.

Ardscoil hit the ground running and had the games first goal after six minutes with Rian Considine finishing to the net after linking up with Diarmuid Ryan.

Their advantage was five midway through the first half with Cathal O’Neill adding the second goal after 19 minutes with a solo effort.

Their lead at the break was seven.

The city school began the half with two scores before Diarmuid Ryan’s goal put the contest beyond the Cork school.

Midleton would reply with a brace of goals but Jason Gillane was on hand to resist any late fightback as Ardscoil added to their triumphs in 2010, 11′,14′ and 16′.

Ronan Connolly was on hand to accept the trophy following in the footsteps of Declan Hannon, Shane Dowling, Cian Lynch and Peter Casey