Home Sport Gaa OPINION: Whether elite or not, improved communication needed by the GAA 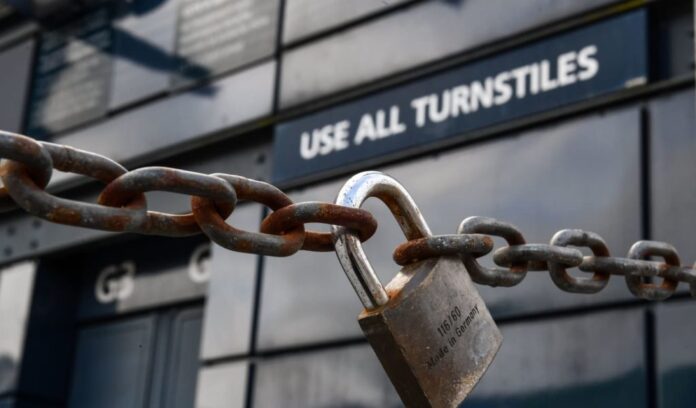 NEWS broke last week that the resumption of Gaelic Games would be further delayed with Level 5 restrictions to remain in place in Ireland indefinitely.

It is the second setback that the organisation have had to deal with since the release of draft fixture list for 2021 just over a month ago.

Furthermore, the announcement came with the added caveat that the intercounty GAA players would no longer be considered ‘elite’, despite holding that title in the later stages of 2020.

President of the GAA, John Horan outlined that the organisation lost their elite sport exemption because of the inability for GAA players to enter into a ‘bubble’ with a risk in community infection as he told RTÉ Sport.

“He said we weren’t because the present elite status categorised was those sports that could operate within a bubble, and the GAA obviously wouldn’t be able to function in such a manner.

“If you look across the three associations there would be 106 teams there at senior inter-county level – that would be a multiple of about 5,000 players.

“They all work within the community and we’ve all seen that throughout the winter.

“If you go back to our record last year we were always safe and responsible in the decisions we made in terms of return to play. Sometimes we moved at a slower pace than NPHET or the government were recommending.

But Horan’s use of the word ‘appetite’ contradicts that of Minister of State of Sport Jack Chambers who insisted that the GAA hadn’t looked for an extension to be considered an elite sport on Today with Claire Byrne on RTÉ Radio 1, saying;

“We had a very positive discussion with the GAA and the other organisations. They’ve made it very clear they want to support the public health effort. We’ve had more Covid-19 cases in January than all of last year. It’s also important to say in the broader context of the return to sport, as the Taoiseach said this morning, in the next two weeks.

“What I’m seeking to do is work with the GAA and other sporting organisations is provide an update in the context of the revised plan and hopefully we can give certainty on the timeline for the broader return to sport.”

In an increasingly frustrating situation, the lack of clarity is causing further consternation in the GAA ranks.

Undoubtedly, the GAA are tied in relation to what they can do at these times, but a more regular update would prove far more beneficial to players and supporters alike.

Intercounty players are top class athletes and cannot be left on the long finger and told to return immediately once they deem it fit.

Those men and women train all year round with the aim of peaking come the championship. But for now, they must continue to bide their time with managers and coaches in a similar position.

The GAA’s update on their website hardly inspires confidence with ‘no firm decisions’ made as this period of uncertainty lingers on.

“As of now the GAA have made no firm decisions on what competitions may or may not be facilitated in any revised fixture programme – such decisions will be a factor of how much time is made available to us, both for an inter county season and for the broader participation levels that will be necessary for a meaningful club season.”

In this situation, it is pointless to compare the merits of the GAA against the League of Ireland with the latter’s professional status allowing for less stringent measures.

Whether an intercounty player trains as hard as a professional soccer player in Ireland isn’t up for debate with the former group professional in all but payment.

But, none of those rely on the GAA to pay the bills while many in soccer need to play to keep food on the table.

That is a debate for another day but for now, clarity in the organisation is key.

If there is to be a season, regular updates, whether positive or negative are essential to keep players on track.

But for the benefit of those who give their all to their sport, these snap announcements must cease and constant dialogue with the government firstly and then the public need to commence.

The post OPINION: Whether elite or not, improved communication needed by the GAA appeared first on Sporting Limerick.