Home Sport Gaa On This Day: Pairc Ui Chaoimh win for the Hurlers in 2020... 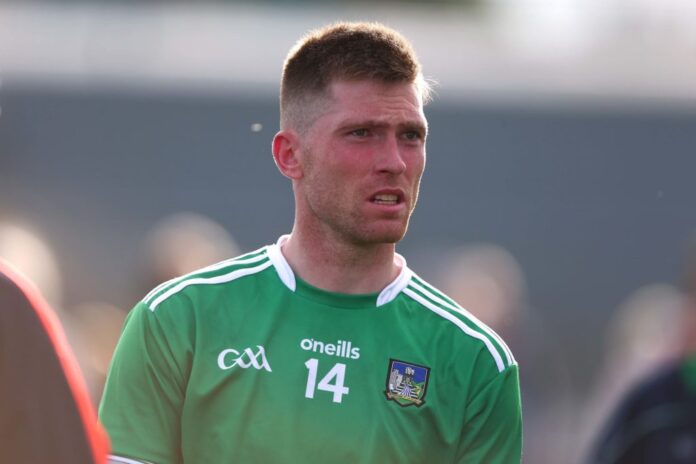 This day last year, Limerick picked up their third consecutive win in the National League with a victory over Cork in Pairc Ui Chaoimh. In 2019 the footballers fell to Wicklow while 2014 would bring a NHL win over Antrim.

Defending champions Limerick made it three from three in the National Hurling League with a 0-29 to 2-21 win over Cork in Pairc Uí Chaoimh.

In a rip roaring start to the contest, the sides exchanged the opening eight scores before four on the trot had Limerick 0-8 to 0-4 to the good.

Patrick Horgan reduced the gap with two but scores from Darragh O’Donovan and Paddy O’Loughlin had the visitors 0-10 to 0-6 ahead after a quarter of an hour.

Two more from Limerick had them six clear but Declan Dalton would stop the rot for the Leesiders with a sideline cut.

The gap was down to two approaching the half but four Aaron Gillane frees on the trot meant Limerick went into the break 0-17 to 0-11 clear.

But seven minutes into the second half and the margin was just one as Shane Kingston got the games first goal.

Gearoid Hegarty replied for Limerick but Cork drew level through Horgan before Aidan Walsh’s goal gave them a three-point lead.

A brace from Gillane was followed by a Horgan free as Cork maintained their slender advantage. Tom Morrissey levelled for Limerick heading into the final ten minutes but again it was Cork that got the next score.

On 67 minutes, Diarmaid Byrnes finally pushed Limerick ahead and Aaron Gillane would then add the insurance point as Limerick held on for a valuable win.

Limerick fell to their first defeat of the League as they lost out 2-8 to 1-6 to Wicklow in Aughrim.

The home side were aided by a strong wind in the first half and were quick to open up an advantage as they tacked on the first three scores of the game.

Sean McSweeney then got Limerick off the mark from a free. Wicklow had the next two scores to move four in front but scores from Jamie Lee and Colm McSweeney reduced the deficit to 0-6 to 0-3 heading into the dressing rooms.

Sean McSweeney opened the second half scoring with Colm McSweeney moving Limerick closer to the Leinster side.

Seamus O’Carroll eventually gave Limerick the lead as he goaled after being sent through by Brian O’Donovan.

But Wicklow’s response was emphatic and despite facing into the stiff breeze, they fired two goals down the stretch to condemn Billy Lee’s side to defeat.

TJ Ryan’s Limerick put Antrim to the sword 3-26 to 0-12 to pick up their first win of the season.

After the opening day draw with Cork, the Shannonsiders bagged 3-20 from play in an awesome display at the Gaelic Grounds.

Limerick hit the ground running with four points in as many minutes before a 14 minute stretch without a score allowed the visitors to halve the deficit.

But another scoring spree had Limerick 0-9 to 0-4 clear after 25 minutes. The sides would split the next four scores to leave it 0-11 to 0-6 in Limerick’s favour at the half.

Despite faving into the breeze in the second, Limerick would double their scores inside the opening fifteen minutes to move 0-18 to 0-8 clear.

Debutant William Hickey rounded off the goalscoring in the 66th minute as Limerick cruised to a 23-point win.

The post On This Day: Pairc Ui Chaoimh win for the Hurlers in 2020 and More! appeared first on Sporting Limerick.