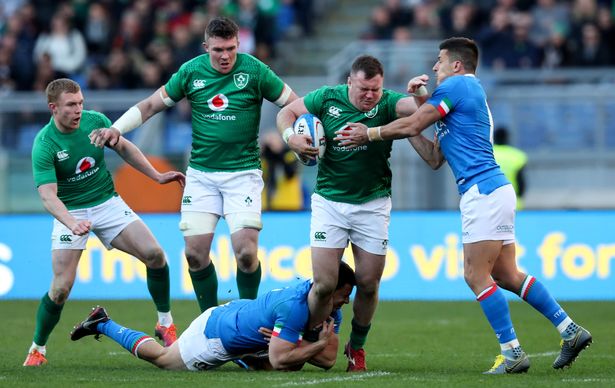 ANDY Farrell has named his Ireland team to take on Italy in Rome this Saturday. Johnny Sexton returns at outhalf to captain the side while the uncapped Craig Casey and Ryan Baird make the bench.

Second row James Ryan has passed his return to play protocols to partner Iain Henderson in the second row. As a result Tadhg Beirne will start at blindside flanker where he will be assisted by Leinster 24 year-old Will Connors and Munster teammate CJ Stander.

Keith Earls has to settle for a place on the bench this week as Jordan Larmour is chosen in an all Leinster backline.

Ireland are hoping to pick up their first win of this season’s competition following defeats to Wales and France in rounds one and two.

The match kicks off 14:15 this Saturday at Stadio Olimpico (Virgin Media One)