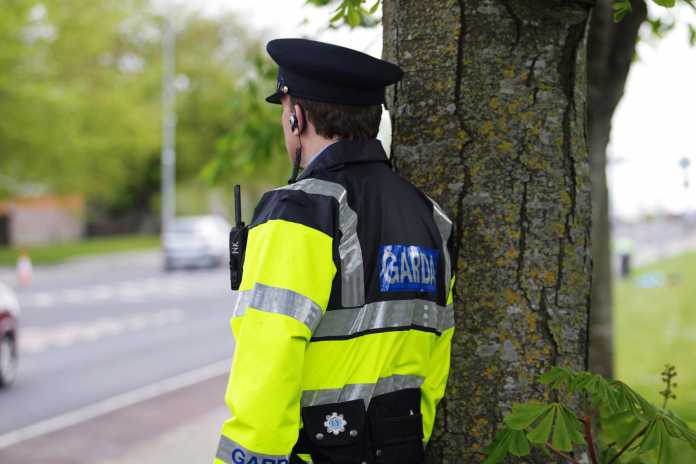 GARDAI are to prepare files for the Director of Public Prosecutions after they dispersed a large group of people from a cemetery as they celebrated a deceased’s birthday, in what gardai described as a “contravention” of COVID-19 public health guidelines.

There was little or no mask wearing nor social distancing, they added.

Gardai were alerted to the scene and cleared the group from the graveyard.

“Shortly before 3pm on Sunday 28th February 2021 Gardaí from Rathkeale attended at a local cemetery where a large group of people had gathered in contravention of current Public Health measures,” a Garda spokesman confirmed.

“The organisers of the gathering were identified and those present dispersed peacefully. No arrests were made.”

The Garda spokesman reminded the public: “The Health Act 1947 (Section 31A-Temporary Restrictions) (Covid-19) (No.10) Regulations 2020, as amended, are currently in force.“

“In supporting the COVID-19 public health guidelines and regulations, An Garda Síochána has and will continue to adopt, a graduated policing response based on its tradition of policing by consent,” he said.

This method of policing, during the Coronavirus pandemic, “has seen Gardaí engage, educate, encourage and, as a last resort, enforce”.

“Where Gardaí identify potential breaches of the public health regulations a file is prepared for the DPP in each case or a Fixed Payment Notice is issued where appropriate,” they added.

A local source said: “This is the lowest of the low here in Rathkeale. We’ve had large groups of people gathering for funerals and weddings in the town during the pandemic, but this is just ridiculous.”

“These people think they are above the law, they say they want respect but they have to earn respect.”

“They gathered in their droves inside the cemetery with tables and chairs, having a birthday party in the cemetery, it’s absolutely ridiculous, and not only that, it’s insulting to the dead people in that cemetery,” they added.

Gardai are separately investigating alleged breaches of public health guidelines after a reported 150 people attended a funeral in Rathkeale, for a member of the Travelling community, last month.

Last Christmas gardai encountered house party’s and other public health contraventions in Rathkeale “involving gatherings by large groups at private establishments and on public thoroughfares in the town”.

Despite fears over transmission of the UK variant of the virus, around 2,000 visitors traveled directly from or through Britain, on their way to Rathkeale for Christmas and New Year family celebrations.

Director of Pavee Point, Martin Collins told this reporter last December, “everybody is absolutely [right] to be concerned about Rathkeale” and those gathering in large numbers were “playing Russian roulette, and, potentially there could be deaths”.

Mr Collins warned the traditional early December return by Travellers to Rathkeale would put the Travelling community and settled community at risk.

Calling for a ban on the sale or renting of marquees, he added: “During the pandemic I’ve seen many Travellers hiring marquees, and having parties in their own back yards, birthday parties, anniversaries, and so forth, and that’s just not on, it’s not acceptable.”

On February 24th last, gardai issued over 30 fines to people in neighbouring parish, Newcastle West, after an estimated 200 people gathered for a funeral of a man who died in the UK.