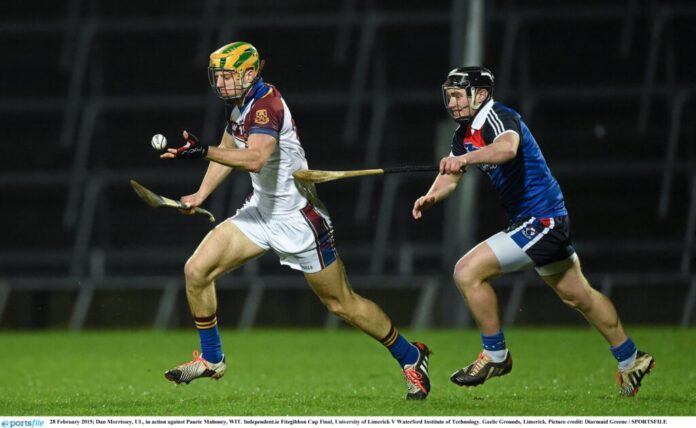 On this day in 2016, Limerick lost out to Clare in the National Football League. The previous year, UL and WIT battled in the Fitzgibbon cup final and in 2011, UL took on neighbours LIT in the decider.

Limerick suffered a second consecutive league defeat as they fell 0-11 to 1-14 against Clare in Newcastle West.

Gary Brennan’s goal would prove decisive for the Banner who made it two from three to start their campaign.

After drawing with Tipp in the first round, Limerick lost out to Longford and continued in this fashion against Clare.

Ian Ryan top scored for the hosts with 0-5 but David Tubridy was the star of the show as he grabbed 0-6 in the victory.

The sides would meet later that summer in the Munster quarter-final and once again it would be the Banner that came away with the share of the spoils in a 0-16 to 0-13 win.

There was nothing to seperate UL and WIT as they played out a 3-12 to 0-21 draw AET in the Fitzgibbon Cup final.

Against the breeze in the first half, UL were 0-6 to 0-4 ahead at the interval and stretched that advantage when Tommy Heffernan goaled shortly after the restart.

But five unanswered from WIT appeared to have won it before Tony Kelly ensured extra-time as he levelled proceedings at 1-12 to 0-15.

WIT started the better in the first period but were reeled in by a Jason Forde goal. UL got their third goal of the night on 74 minutes from Stephen Bennett and PJ Scully’s point then gave them a four point cushion.

But WIT weren’t finished yet and they ended with a flurry to send the game to a replay.

Dan Morrissey started at wing forward for the Limerick college with Kevin O’Brien in the corner. Patrickswell’s Mark Carmody was introduced from the bench. WIT had Doon’s Darragh Stapleton in goal.

UL claimed their first Fitzgibbon cup title since 2002 as they overcame neighbours LIT 1-17 to 2-11 in the decider with Tommy O’Brien’s injury time goal proving the difference.

LIT were the dominant side in the first half and lead by nine on two different occsions.

They took a 2-7 to 0-7 point lead into the interval with Limerick pair Donie Reale and Seanie Tobin striking to the net.

But UL were a different side in the second and the inspired substitution of O’Brien after 48 minutes would prove the perfect tonic as they grabbed a memorable victory.

The post On This Day: Footballers lose League outing with Clare and UL contest Fitzgibbon Cup finals in 2015 and 11′ appeared first on Sporting Limerick.