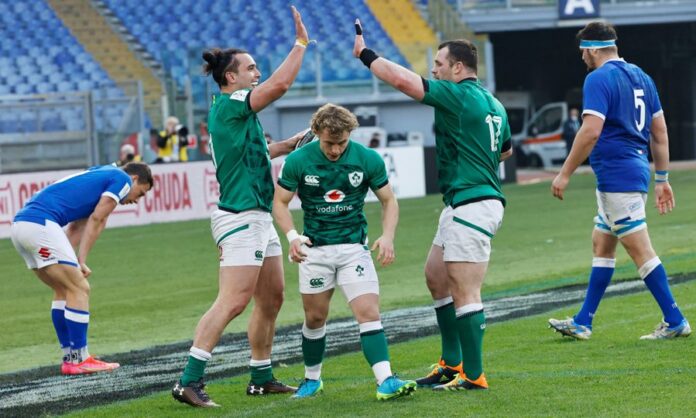 IRELAND have released a number of players from their squad for the coming week to allow players to get gametime with their provinces.

Four Munster players have been released including Craig Casey who made his debut during the 48-10 win over Italy at the weekend.

Andrew Conway, Shane Daly and Chris Farrell will also return to the Province with none of that trio featuring in the Six Nations thus far.

Munster have a huge Pro 14 game this Friday where they can take a huge leap towards the final of the competition as they take on Connacht.

Connacht will have Ireland trio Bundee Aki, Dave Heffernan and Ultan Dillane available for that game.

Ireland will retain a squad of 23 for a two day camp during this off-week.

They meet Scotland in Round 4 on March 14 in Murrayfield.

The post Casey among four Irish players released back to Munster for Connacht clash appeared first on Sporting Limerick.