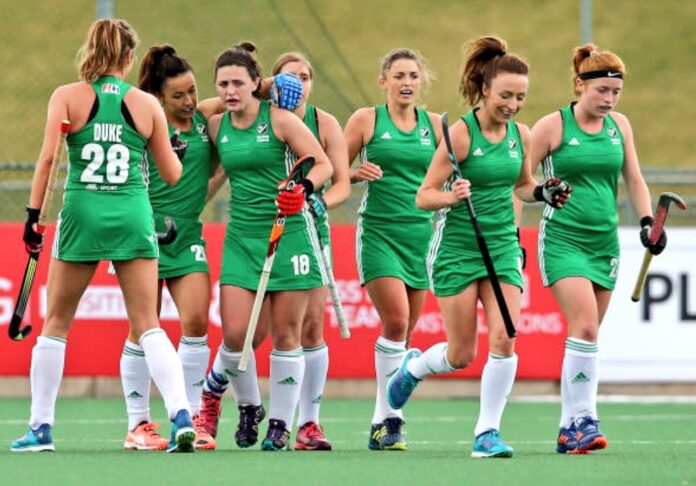 HOCKEY Ireland have announced the SoftCo Series with the Irish Women taking on Great Britain on Saturday the 13th, Sunday the 14th and Tuesday the 16th of March in Queen’s University Belfast.

The uncapped series matches against Great Britain are the first international matches for the team on home soil since the Olympic Qualifier in December 2019.

All the matches will be available to view via streaming or broadcast. BBC Sport NI will be streaming all three matches on their website as well as the BBC iPlayer, while RTÉ will broadcast Sunday evening’s match live on RTÉ 2 with coverage starting from 16:30. Nigel Ringland will present BBC Sport NI’s coverage of the three matches and will be joined on commentary by former Ireland international Alex Speers; while Evanne Ní Chuillin will present RTÉ’s coverage, joined by Cliodhna Sargent and Gillian Pinder in studio, with match commentary from George Hamilton and Sarah Scott.

The announcement comes today on the 125th anniversary of the first ever women’s international field hockey match. A year after the establishment of the Irish Ladies Hockey Association, the match took place on the 2nd of March 1896 at Alexandra College, with the Irish Women recording a 2 – 0 victory over England, with goals from Johnson and Merton sealing the win.

The matches will provide the Green Army with the opportunity to play high quality international matches ahead of an intense international summer. With the EuroHockey Championships now an integral aspect of the World Cup qualification process, the 2018 silver medallists will be keen to ensure they maximise every opportunity to allow them to perform this summer in Amstelveen not only as a warmup for the postponed Tokyo Olympic Games but also to secure their spot in the 2022 World Cup.

“Given the past 12 months we are really excited to play these international matches at home. The squad has been training hard throughout which showed in our recent matches against Spain. They are a strong team and we recorded two wins and two draws out of the five friendlies, putting us in a confident position going into our next block of training.

These matches against GB will be great preparation for the EuroHockey Championships this summer ahead of travelling to Tokyo. As current Olympic gold medallists GB are an experienced and strong team, so this is a really good opportunity for us to put all the training into practice ahead of this summer.”