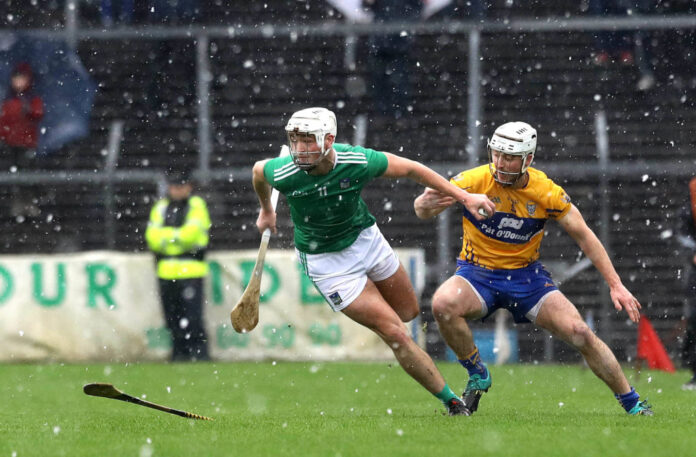 On this day two years ago, both Limerick senior sides were in action with the hurlers grabbing a draw with Clare in Ennis as the footballers fell to Derry in the Gaelic Grounds.

The Limerick hurlers confirmed their place in the knockout stages of the League after they finished level 1-14 to 2-11 against Clare in Cusack Park.

In appalling conditions, Clare had the games first two points but Gearoid Hegarty’s goal after 10 gave Limerick the advantage.

After a quarer of an hour, the lead was out to two with Aaron Gillane bagging a brace of frees.

However, Limerick would finish with a flurry with Colin Ryan, Paddy O’Loughlin and Peter Casey helping the visitors into a 1-7 to 0-6 lead at the half.

Within two minutes of the restart, the sides were level with Shane Golden goaling and Gary Conney knocking over the equalizer.

But Limerick’s response was impressive and they hit the next four scores.

Duggan further reduced the deficit and then grabbed Clare’s second goal of the game to give them a two point lead with just over five to play.

Gillane and Duggan would trade frees before two on the bounce from the Patrickswell man ensured the game ended level, with the final score coming five minutes into addditional time.

On the same day, defeat was the footballers lot as they fell to a 0-13 to 1-5 loss to a classy Derry side in the Gaelic Grounds.

Against an undefeated Derry side, Limerick had the opening 1-1 with Seamus O’Carroll grabbing a point before Colm McSweeney’s long effort ended up in the net.

Derry had the next score from Ciaran McFaul before Christopher Bradley added his first of the day. The teams then swapped frees from Bradley and Jamie Lee. Scores from Cillian Fahy and Peter Nash had Limerick’s lead back out to three.

Bradley had the last score of the half to leave it at 1-4 to 0-5 in Limerick’s favour.

Quickfire points to open the half had Derry level and soon they were two clear after a brace of long range scores. Padraig De Bruin’s dismissal for a straight red further diminished Limerick’s chances.

The Shannnsider’s first score of the second half wouldn’t come until five minutes from time as Derry advanced into the League final.

The post On This Day: Both intercounty sides in National League action in 2019 appeared first on Sporting Limerick.