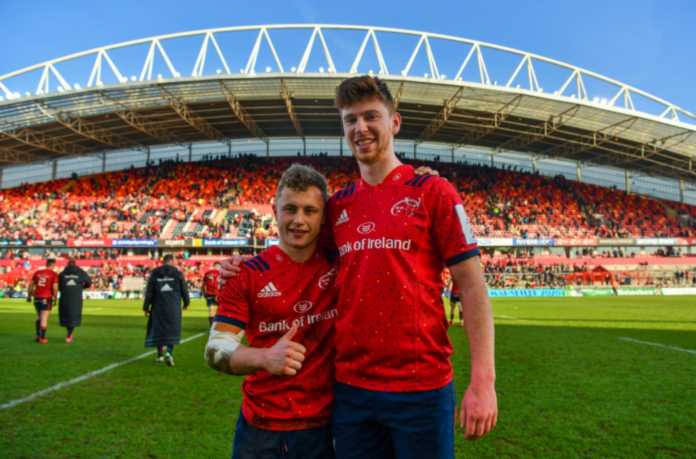 BILLY Holland will captain a strong Munster team this evening as the men in red welcome Connacht to Thomond Park (19:45 KO, Eir Sport 1)

A win for Munster against Andy Friend’s side would secure them a place in the Guinness PRO14 final.

James Cronin and Niall Scannell are joined in the frontrow by Stephen Archer who will his 224th appearance for the province. The retiring Billy Holland pairs Fineen Wycherley in the second row while the in-form Jack O’Donoghue, Chris Cloete and Gavin Coombes make up the backrow.

Munster will start with an exciting backline as youngsters Craig Casey and Ben Healy are selected at halfback. Rory Scannell comes in for Damian De Allende at inside centre and will partner the bruising Chris Farrell. Mike Haley, Andrew Conway and Shane Daly complete the team in the back three.

The post Team News: Casey and Healy start at halfback for Munster against Connacht appeared first on Sporting Limerick.