Home Sport Gaa On This Day: Conflicting results for senior sides in 2016 & hurlers... 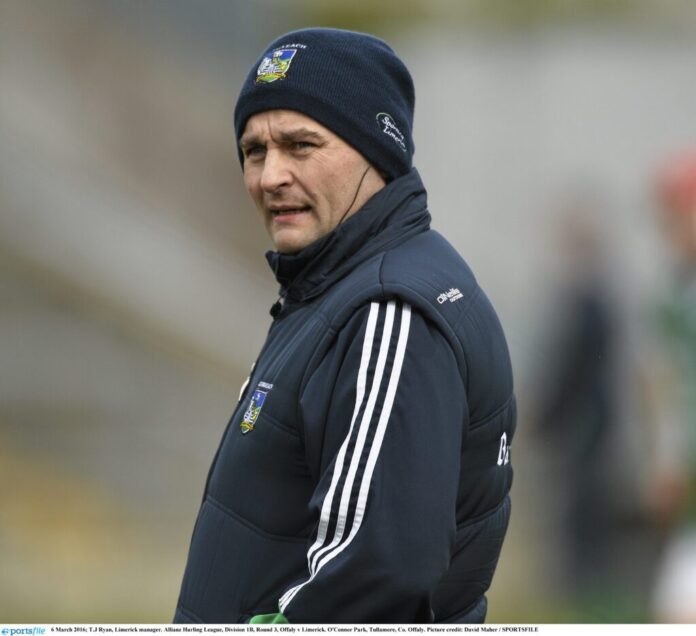 On this day in 2016, the hurlers and footballers were both in action as TJ Ryan’s men defeated Offaly and John Brudair’s side falling to Kildare.

Five years previous to that, Donal O’Grady’s hurlers beat Down in Portaferry.

The Limerick hurlers made it three from three in the League with a 1-19 to 0-14 win over Offaly in Tullamore.

With both sides guilty of wayward shooting, the score was deadlocked at 0-7 apiece middway through the first half.

The opening goal of the game came from Declan Hannon shortly after with the Adare man intercepting a cross field ball deep into the Offaly defence.

From here, Limerick powered ahead with scores from Tom Morrissey, Hannon and Diarmuid Byrnes giving them a 1-11 to 0-8 advanatge at the half.

But, Limerick failed to kick on in the second half and only registered three scores from resumption up until the 68th minute.

However, Offaly couldn’t capitalize, missing a couple of golden chances for goal.

And with time running out, the Shannonsiders kicked into gear and four on the trot was enough for a comfortable eight point victory.

Elsewhere, the Limerick footballers fell to a third consecutive defeat in Division 3 of the league as they lost 1-11 to 1-10 against Kildare in Newbridge.

That defeat saw John Brudair’s side slump to the bottom of the division after picking up a solitary point from their opening four games.

The home side had the perfect tonic early on with Niall Kelly goaling.

However, Limerick rallied and a strong finish to the half saw them go into the dressing rooms trailing by 1-4 to 0-6.

Brian Donovan’s goal in the second half gave Limerick hope of a first win of the season but the hosts were able to fend off their opponents to win a fourth straight and retain their place at the summit of the table.

At the conclusion of the league, Limerick were relegated and Kildare were promoted.

Limerick were made to work for a third consecutive win in Division 1B of the National Hurling League as they overcame Down 1-25 to 2-11 in Portaferry.

The away side led at the break 2-8 to 0-11, but Limerick regrouped to record an important win.

After defeating Clare and Westmeath in their opening two games, Limerick failed to fire in Down and deservedly trailed at the half with the hosts clinical in front of goal.

But the second half was a different story as Limerick took control to outscore Down 1-14 to 0-3 in Mitchell Park.

Pat Tobin grabbed the all important goal and finished with a personal tally of 1-3. In total, the Shannonsiders had ten different scorers as they maintained their 100% record with the 11-point win.

The post On This Day: Conflicting results for senior sides in 2016 & hurlers pick up win in 2011 appeared first on Sporting Limerick.