Home Sport Gaa On This Day: Limerick see off Waterford in final game in front... 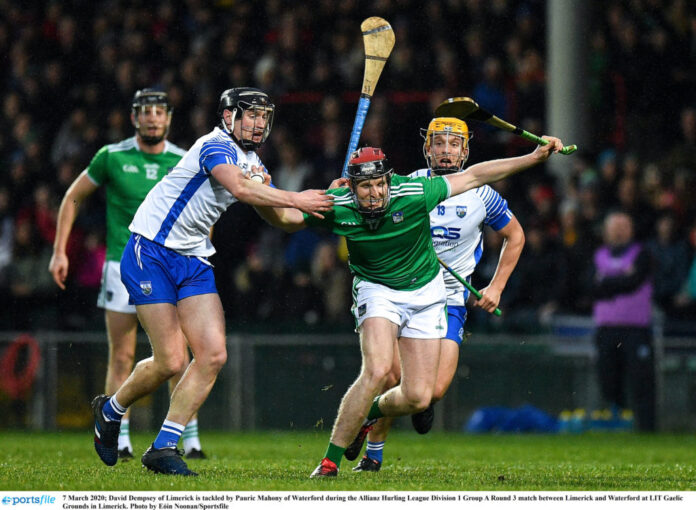 On this day last year, Limerick played their final game in front of fans as they beat Waterford in their final group game of the National Hurling League.

Limerick made it five from five in the 2020 National Hurling League as they saw off Waterford 1-21 to 1-17 in the LIT Gaelic Grounds.

John Kiely’s side hit the ground running and were 0-4 to 0-1 to the good early on with Graeme Mulcahy grabbing a couple.

Waterford hit back with three of the next four scores but were hit with a blow as Geaoid Hegarty got the games first goal after 28 minutes.

At the half Limerick led 1-8 to 0-7 as Waterford only got one score from play in the opening 35 minutes.

The hosts were able to keep their opponents at arms length on the resumption and were 1-14 to 0-10 clear after 55 minutes.

The advantage was out to eight before Jack Fagan got a lifeline for the Deise as struck a ferocious shot into the net.

But Limerick didn’t panic and soon reestablished a dominant lead.

Waterford kept at it but never got within striking distance of the defending League champions as Limerick booked their place in the semi-finals.

However, just five days later, the GAA would cease operations as a result of the Covid-19 pandemic and Limerick wouldn’t return to action until October 25.

The post On This Day: Limerick see off Waterford in final game in front of fans in 2020 appeared first on Sporting Limerick.