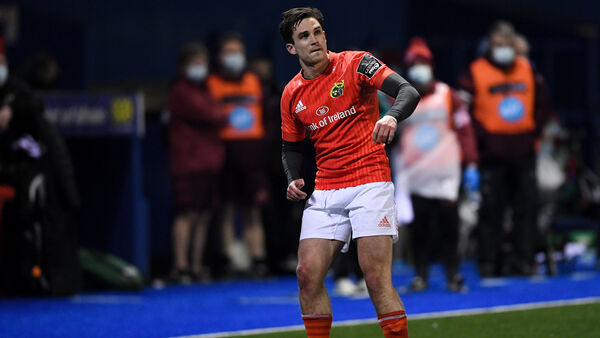 MUNSTER were made to work by their interpro rivals Connacht as they defeated them 20-17 in Thomond Park on Friday to move into the Pro 14 final.

Connacht got off to the perfect start with Matt Healy crossing the whitewash inside the opening five minutes. Munster replied with James Cronin barging over to level proceedings.

Jack Carty had Connacht 10-7 ahead at the break but Ben Healy leveled with his second kick of the day.

A moment of magic from Mike Haley pushed Munster back in front on 57 minutes but this time it was Connacht who responded with a try as Paul Boyle overran the Munster rearguard.

But Joey Carbery had the last say of the day as his penalty sealed the win.

Check out the highlights below.