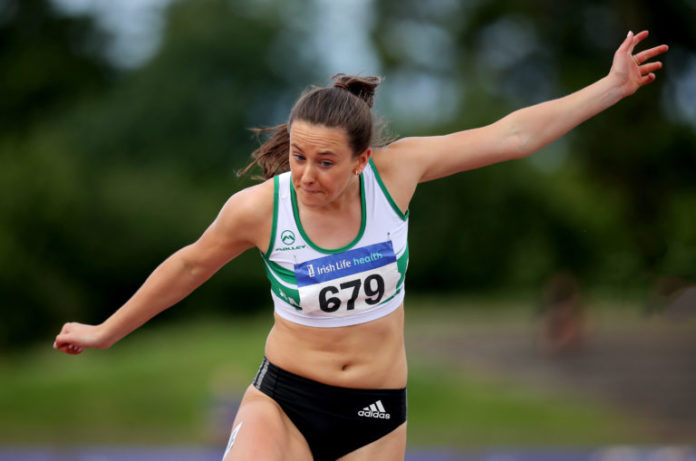 DESPITE a number of memorable runs over the weekend, Limerick athletes Ciara Neville and Sarah Lavin both missed out on the European Indoor Athletics Championship finals in their respective events.

Lavin was first up on Saturday afternoon as she bested her PB for the fourth time this year, posting a time of 8.06 in the 60m hurdles beating her previous record time of 8.14 she recorded in Madrid last month.

That run was enough for 3rd in her heat and qualification for Sunday’s semi final.

On Sunday afternoon, she was in semi-final action where she was just 0.01 second off her best. This saw her finish fourth and miss out on the finals by 0.08 seconds.

Overall, Lavin was the 9th fastest in her field over the weekend as she continued a phenomenal 2021.

Her Emerald AC teammate, Ciara Neville was also in action on Sunday in the 60m sprint.

In her heat, Neville finished fourth in a time of 7.37 to qualify for the semi-finals later that afternoon.

In the semi-final, Neville recorded the same time but finished 7th which wasn’t enough for qualification for the finals.

Nonetheless, in a season disrupted by injury, it was a fine showing for the 21-year-old.

Attention now turns to Olympic qualification for the Irish contingent.