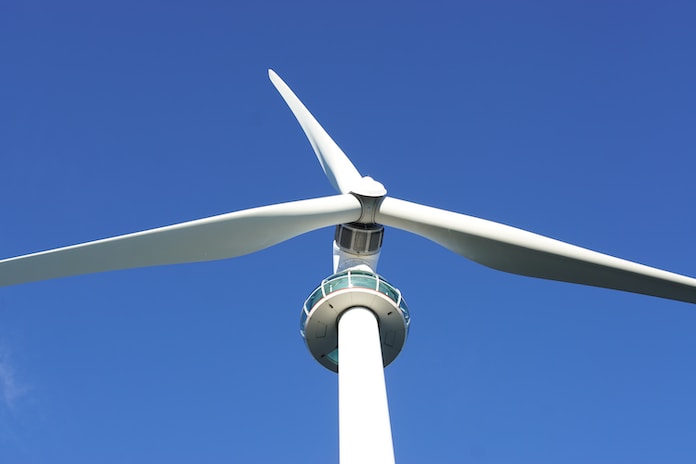 IT has emerged this evening that Clare County Council has ordered the decommission and removal of a controversial wind turbine, which was erected a few weeks ago near the village of Parteen near the Limerick border, for “non compliance with planing permission”.

The Council originally granted permission in October 2011, to the named applicant, Seamus Madden, “to erect a single 800kW wind turbine, 73 metres high with a rotor diameter of 53 metres, and with ancillary road access, at Knockballynameth, Parteen, Co Clare” after no objections were lodged.

There were no objections when an an extension to the permission was granted in 2016, as no works had appeared.

However, when the structure did appear last month, locals contacted local politicians voicing concerns about its size and proximity to houses in the local area.

It’s understood the turbine was to be used to generate electricity at a local blow moulding manufacturing facility.

Fianna Fáil TD, Cathal Crowe, who lives within the vicinity of the development, said he passed on local concerns to the Council in a written letter.

This evening, it emerged that Clare County Council investigated the wind turbine in recent days, and as a result issued an enforcement notice, dated 8th March, to the applicant to “decommission and remove the wind turbine and base structure as constructed, on or before 4pm on Thursday, 8th April, 2021.”

“The turbine and base structure as constructed, is not sited at the location as permitted under Planning, and is not therefore in compliance with Condition No. 1 of this permission,” the letter stated.

The Council also requested the applicant to “refund the Planning Authority the costs and expenses of €300 incurred to date in the investigation/detection and the issuing of Enforcement Proceedings”, and that, “failure to comply” may result in the Council initiating legal proceedings which it informed the applicant “will result in additional costs being borne by you”.

The council also advised the applicant that if they failed to comply with the enforcement they may potentially be held liable “on summary conviction, to receiving a fine not exceeding €5,000 or a maximum six-month prison term or both, or on conviction on indictment, to a fine not exceeding €12,697,380.78 or up to two years in jail or to both” and that they may be held liable on these same terms for each day the enforcement is not complied with thereafter.

Welcoming the Council’s decision, Deputy Crowe said: “I’m delighted with the outcome. Even thought it was granted planing permission eleven years ago, it caught many by surprise in the community, and it seemed to spring up from the ground overnight.”

“A huge bone of contention was the proximity of the windmill to local homes, and this was the basis of a written complaint I made to the council on behalf of residents, and similar complaints were subsequently made in the community. The council recently took measurements on the site and I understand this was part of the basis for the ultimate decision they took.”

“Whilst everyone wants to see a push towards more renewable energy infrastructure, windmills have to be appropriately located in Ireland, and the heart of a residential community isn’t the best place for this, and I’m glad that the Council has made this determination. I hope it will be taken down within the one month timeframe stipulated,” Deputy Crowe said.