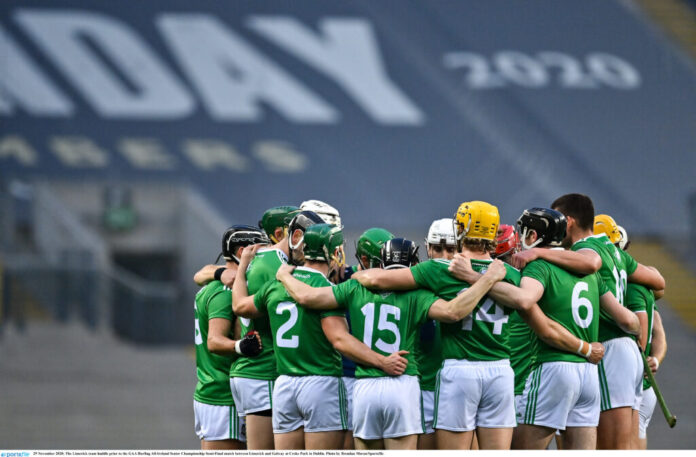 “The more things change, the more they stay the same”.

Way back in October 2018 I wrote my first article for Sporting Limerick. It was based around the rule changes that had been voted in at the GAA Congress which took place that month. There has been a lot of musings and ramblings on my part since then about the trials and tribulations that GAA brings us, talking points which we have missed in recent times.

Something that hasn’t stopped though is the annual jigging and rejigging of the GAA playing rules. Back in 2018, the only epidemic that seemingly needed addressing was the plague of the hand-pass, with a limit attempted to be placed on the number of consecutive plays allowed through the hand. This restriction, along with the requirement for all line balls to be played forward, were doomed to failure from the start truth be told.

Another one that came from a place of progression rather than practicality was kick-outs having to travel beyond the 45m line. This didn’t survive either. The offensive mark and the sin bin for cynical offences were the two that stood the test of time.

The rule changes that were recently voted into effect were a little more refined, in some instances anyway. All I can say about the directive banning joint captains receiving a cup is “why?”.

I still haven’t seen a credible explanation for this. In most cases, this celebration came from a place of acknowledgement rather than anything else.

The other restriction that I wouldn’t have agreed with is the end of the maor foirne or “runner” role, basically stopping that designated mentor from entering the field during breaks in play. I can totally understand why officials would want to see an end to the unwanted incursions that tended to occur throughout games. But I do feel that if the rule that already existed had been applied properly that would have been a more measured solution, rather than throwing the baby out with the bathwater and binning it completely.

It’d be like a few drivers getting caught repeatedly without tax and insurance and deciding the best way to combat this would be to ban all cars from the roads.

The importance of managements being able to deliver messages to players during the game is one that is underappreciated. Trying to roar on instructions – most of which you may not want the opposition to hear – is not ideal. Maybe we are heading down the road of College American Football where various images on giant pieces of cardboard have to be raised on the sideline to let players on the field know a change of plan!

The recent murmurs that water breaks could be here to stay might soften that blow, with coaches availing of this time to have a quick timeout with their troops. I suppose it’s a matter of time before even the tactics board employed during these breaks will be outlawed though!

The main topic for discussion though was the introduction of the infamous black card in hurling, with slight changes also applying to the existing cárta dubh in football. As had been initially proposed in 2018, and brought back from the rules scrapyard in 2020, the punishment for cynical play leads to ten minutes in the sin bin. The significant addition to this rule for 2021 is that any black card offences that take place inside the 20m line or the arc will also carry with it the award of a penalty. This tweak to the rule was warranted really as any player given the option would have little hesitation in committing that foul if they felt a goal could be prevented. At least now they may have second thoughts.

I mentioned back in 2018 that the GAA needed to be careful. Much like that car that Father Ted was trying to get the dent out of, the games we all love could be unrecognisable with too much tinkering. But then there are instances where they maybe haven’t gone far enough.

There are still a huge amount of cynical fouls that take place far away from the scoring zone. We have all seen it. A team down by a point with time almost up and players being wrestled to the ground in their own half, with the defending team happy to accept a sin bin at that late stage. What if such cynical play was also punished by a free awarded in a scoring position?

Aussie Rules have a 50m penalty for players trying to slow play down at any point of a game. Imagine how that would help speed up the game here if that was the case. Or being able to tap a free to yourself ala rugby. Again allowing the play to flow if the team in possession so chooses. Aside from that, it would allow players that option of being creative. Taking a quick play if it’s on. Anything that allows the team in possession to create opportunities should be promoted.

With no on field action to discuss at the minute, the GAA public are left to argue the pros and cons of all this. Maybe a Dragons Den type show where you bring your ideas into the boardroom and Joanne Cantwell, Marty Duffy, Joe Brolly and Colm Parkinson run the rule over it. If nothing else there would be talking points!

The post Pa Ranahan: GAA needs to be careful with constant jigging and rejigging of rules appeared first on Sporting Limerick.