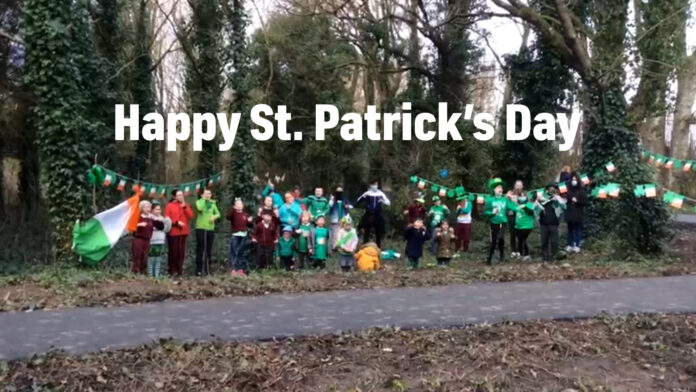 The first video was ‘Love Limerick’, which featured a collage of much-loved faces and celebrities who all shared a message of joy and love from Limerick. A fantastic, diverse line-up of well-known personalities, including actor Dominic West, and actor/writer Malachy McCourt feature in a new video released by Limerick Civic Trust to mark St. Patrick’s Festival.

The St. Patrick’s Festival ‘Love Limerick’ video captures faces and voices strongly associated with Limerick, including Sean-Nós rapper Mícheál Ó Súilleabháin, Richard Lynch of ilovelimerick.com, musician Emma Langford, President of UL Kerstin Mey and owners of ‘Dolans’ Live Music Venue and Bar’ Mick and Valerie Dolan. One thing each personality has in common is that they all share a strong passion and grá for Limerick.

Despite this star-studded video, the people who may have stolen the show, certainly our hearts were the students of the Mid West School for the Deaf who appeared in the second video released by Limerick Civic Trust.

Given its’ small size, the entire school was able to take part in wishing the world a Happy St. Patrick’s Day with Irish Sign Language. Despite a very busy first week back to school, their dedicated teachers arranged for the students to come to school in green clothes, with flags and banners galore!

The students even took the time to create green hearts to symbolize virtual hugs, which they waved proudly (alongside a few Limerick flags) at the end of the video. This video may be short in length but it is certainly packed with positivity and hope!