Home Gaa Camogie Jack Neville: The return of the GAA is needed now more than... 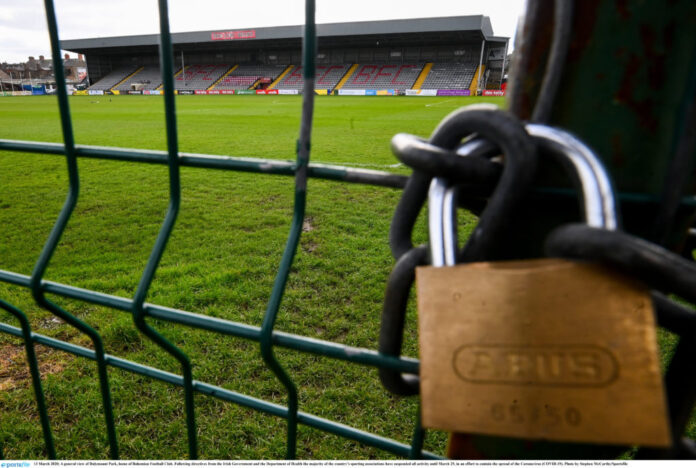 THE City of Limerick was handed a timely boost over the weekend as soccer returned to the Markets Field as new club Treaty United hosted Athlone Town in their final pre-season friendly.

Competitive soccer makes its return to Limerick this weekend after a year-long absence with Treaty away to Bray Wanderers.

On the same weekend that League of Ireland soccer resumes in Limerick, Munster will seek a first piece of silverware in a decade as they take on Leinster at the RDS in the Pro 14 final on Saturday evening.

Despite Leinster’s stranglehold on the domestic league in recent years, there is much hope on Shannonside that Johann van Graan’s men can end the 10 year famine in Dublin.

Nonetheless, even with those games to look forward to, there is a glaring hole in the calendar for the Limerick faithful with no clarity on the return of the county’s main attraction, the GAA.

After six months of almost non-stop GAA action from June to December that culminated in a second All-Ireland title in three years for our hurlers, there was a general consensus that players had earned a break.

But over three months since that All-Ireland final win, the appetite to see the GAA reappear is reaching a feverpitch.

As the summer quickly approaches, the GAA season should be gearing up for another summer defined by their galaxy of stars.

Instead, level 5 lockdown is the go-to default for the powers that be, but with the cases expected to rise this coming week, what’s the latest radical step?

The elite status conundrum drew up a mixed reaction but whether elite or not, professional or amateur, the time is fast approaching for Gaelic Games to come back.

Having been lucky enough to attend Treaty’s win over Athlone, I couldn’t help but wonder why our senior GAA teams aren’t allowed to resume activities.

Anyone who attends an intercounty football or hurling game will understand that these players are professional athletes in all but a paycheck.

Their level of conditioning is of the highest standard, as is their desire and passion for the game.

In the current world we live in, the release and the joy that the GAA provide, even behind closed doors, is unrivalled.

And with the evenings getting longer and the weather improving week on week, the discontent among the public will continue to increase.

Munster and Treaty United will help ease that somewhat but for the hardcore fans, nothing but the GAA will do.

Public safety rightly remains the priority, but the GAA have proved adept at running off their competitions with little to no transmission of the virus as seen last year.

They have been patient adhering to guidelines and have also put the foot down when dealing with unglamorous incidents around club celebrations.

But the time is now for them to take a stand, more for the benefit of the nation than for themselves.

If the suspension remains, then there is a real danger that the intercounty season will further push into the club campaign, hindering the majority of players for the second consecutive year and potentially harming the 2022 season.

The intercounty calendar has to come first but with fewer players and added facilities, there is scope for it to run without a glitch as it did just a couple of months ago.

While it is looking more and more likely that an April return will not be granted, the resumption of Gaelic Games is urgently needed for the Irish public as a whole.

The post Jack Neville: The return of the GAA is needed now more than ever appeared first on Sporting Limerick.