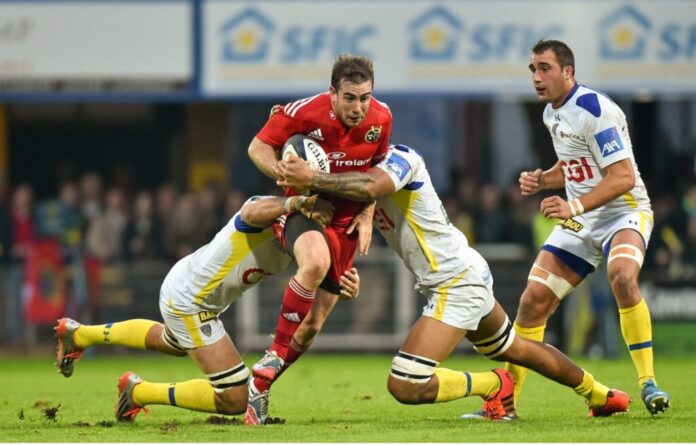 A FRENCH report from RMC Sport has claimed that Munster outhalf JJ Hanrahan is set to join Top 14 giants Clermont Auvergne this Summer.

Hanrahan’s Munster contract expires at the end of the current season and is not expected to be offered a new deal by the province’s hierarchy. High hopes for academy players Jack Crowley, Ben Healy and Jake Flannery mean that the number ten will be surplus to requirements in Munster’s ambitious future.

The Kerryman has been linked with a move to France for some months now with Lyon previously said to be favourites to secure his signature. However, a fresh report tonight suggests that the 28 year-old will instead have the brilliant opportunity to don the famous yellow of Clermont in the south of France.

” A two-year contract is mentioned,” said RMC Sport. “At the end of his contract at Munster, Hanrahan will join the Top 14 and Auvergne next summer. He will be responsible for wearing the number ten of the Jaunards, in competition with Camille Lopez.”

Hanrahan has lined out for Munster 140 times since his debut in 2012 and has played a key role for Johann Van Graan’s men in the absence of Joey Carbery this season.