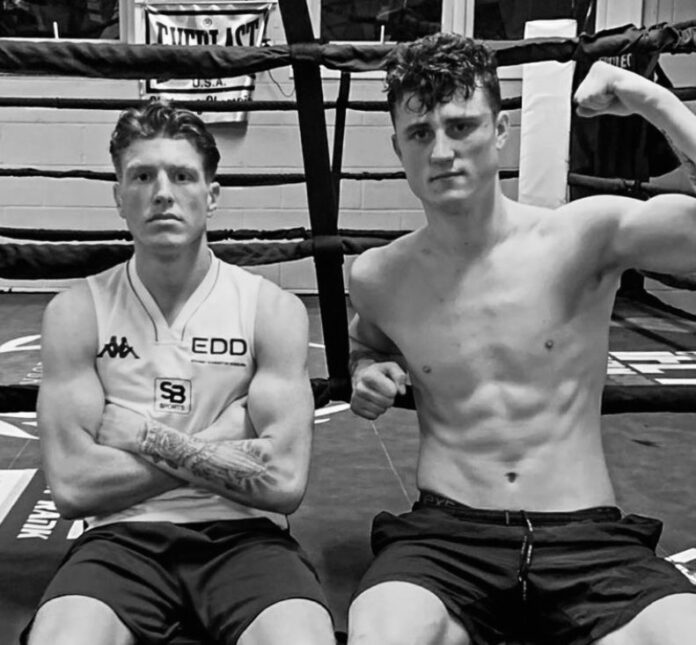 LIMERICK pair Jason Harty and Edward Donovan both had wins in their professional boxing debuts on Friday evening in London.

Harty is a member of the Rathkeale Boxing Club while Donovan fights for the Our Lady of Lourdes club in Limerick.

The duo featured in the first of Frank Warran and Queensberry Promotions’ Fight Nights in London’s Copperbox Arena on Friday evening.

Decorated amateur middleweight Jason Harty was in action first in London as he took on Kearon Thomas.

The Askeaton man dominated the fight from the first bell and knocked his man down early in the second round with a beautifully thrown left jab.

‘Hard Hitter’ couldn’t put his man away inside the distance but was fully deserving of a 40-35 points win in his debut.

His cousin was up next in London as Limerick-based Edward Donovan faced fellow debutant Matthew King.

Donovan, a brother to Paddy ‘Real Deal’, knocked his man down in the first round of their Lightweight bout.

Like Harty, he was unable to find the knockout but was awarded the points victory as the judged scored it 40-35 in his favour.

Unfortunately, both fights took place on the undercard and weren’t shown live on BT Sport, but Paddy Donovan did record both bouts which can bee seen below!