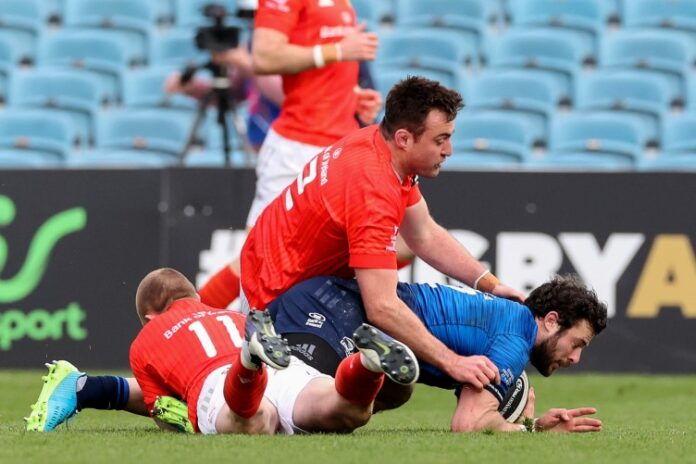 IT hasn’t been an easy week for Munster. Stephen Larkham spoke yesterday about how many players are still hurting after Saturday’s 16- 6 defeat to Leinster.

Turning such disappointment into a big performance against Toulouse this weekend will be a massive challenge for the men in red but one that hooker Niall Scannell is embracing.

Scannell reckons ‘the sky is the limit’ for this Munster team when they are fit and firing and the squad have no doubts that they will need to be at their brilliant best to overcome Ugo Mola’s men. Munster defeated Clermont 39-31 back in December thanks to a memorable second-half comeback and similar spirit will be needed on Saturday afternoon.

“Yeah and I think we can go better. Like I say we didn’t start well – I think we went 28-0 points down so if you take that out of it and add in the performance we brought late in the game in the second half particularly we do have the belief that the sky is the limit for us.

“Like as I say, we’re not shying away from the fact that we didn’t deliver some of the things we had been delivering through the whole PRO14 season against Leinster. Certainly going into Toulouse they will be quite a similar outfit in a lot of ways to Clermont with the way French teams do play.

“We will be looking to replicate the performance we had in the second half [against Clermont], like I say if we just need to improve out start which is something we will be putting our focus on.”