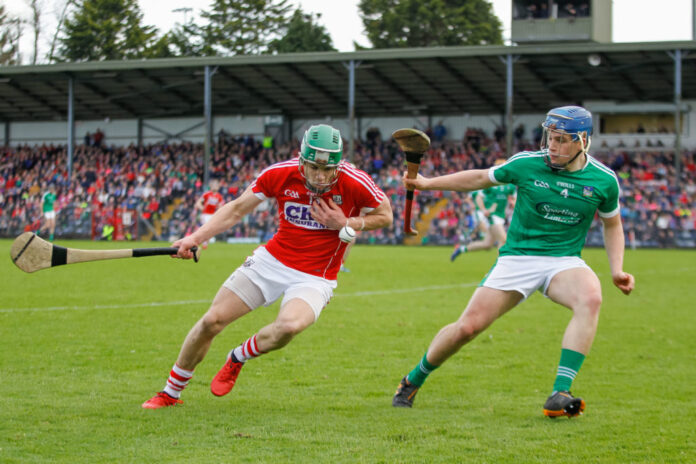 On this day four years ago, the Limerick hurlers moved into the last four of the league at the expense of Cork, twelve months after defeating Dublin at the same stage.

In 2017, the footballers rounded off their campaign with a win over Wicklow in Newcastle West.

Despite missing out on promotion to the top tier, Limerick advanced to the last four of the league with a 1-20 to 1-18 win over Cork in Pairc Ui Rinn.

John Kiely’s men started the brighter and a goal from David Dempsey after 11 minutes gave them a deserved five pint cushion at 1-4 to 0-2.

But Cian Lynch was the only man to hit the target in the next fifteen minutes with Cork drawing level at 1-5 to 0-8 after 28 minutes.

Luke Meade then fired Cork into the lead with a well taken goal. The three-pointer spurred Limerick to life again and three unanswered from Shane Dowling and Gearoid Hegarty had it all square at the break.

The sides traded scores in a more even second period and were level five times. With three minutes to play, there was nothing to separate the teams at 1-17 apiece.

2016 minor captain Kyle Hayes grabbed the lead for Limerick and another for Man of the Match Hegarty helped Limerick over the line and into the League semi-finals.

The Limerick footballers concluded their League campaign on a high with a fourth consecutive victory after defeating Wicklow 2-13 to 2-9 in Newcastle West.

Wicklow got off to the perfect start and were 1-1 clear inside the opening couple of minutes.

But Billy Lee’s youthful charges responded and were ahead 1-4 to 1-3 after 22 minutes as Danny Neville kicked them ahead following Seamus O’Carroll’s goal.

Wicklow had their second shortly before the break to retake the lead with the score reading 2-5 to 1-6 in their favour at the interval.

After a slow start to the second half, a moment of brilliance from Neville had Limerick ahead as he notched their second goal of the game.

He alongside Jamie Lee then kicked Limerick into a three point, 2-10 to 2-7 lead approaching the final ten minutes.

The Leinster side got a couple back in response but Neville and Lee were on hand to secure the four point win.

Division 1B Limerick upset the odds as they moved into the League semi-finals for the first time in a decade after beating Dublin 1-21 to 1-19 in Parnell Park.

Buoyed by the resturn of Na Piarsaigh trio Shane Dowling, Kevin Downes and Ronan Lynch after their club All-Ireland success, Limerick took their first lead of the day after 15 minutes.

Dowling chipped in with five first half points while debutant Lynch had their final score of the half from a long range free as they took a 0-13 to 0-9 advantage into the dressing rooms.

Dublin drew parity shortly after the resumption and could have taken the lead had Nickie Quaid not denied David Treacy from a penalty.

Ninety seconds later and Kevin Downes had the ball in the Dublin net after James Ryan set him free. Three unanswered from Limerick had them six clear before Treacy added a consolation score for the hosts.

The win moved Limerick into a semi-final tie with Waterford the following week.

The post On This Day: League quarter-final wins in 2017 & 2016 for the Hurlers appeared first on Sporting Limerick.