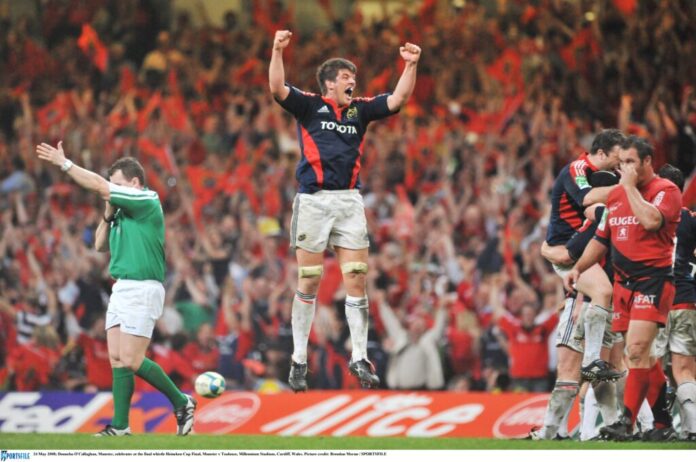 MUNSTER face Toulouse this Saturday in the 2021 Champions Cup Round of 16 at a behind closed doors Thomond Park.

Between them, the sides have six Heineken Champions Cup titles and are considered two of Europe’s powerhouses.

They are no strangers to one another and have met numerous times in the knockout stages of the European Cup, including a pair of semi-finals in the early 2000’s and more recently two quarter-finals.

However, there most high profile clash came in the 2008 Heineken Cup when they met in the Millennium stadium.

Munster won their maiden title in 2006 but Toulouse were the undisputed kingpins of the competition as the only side to win on three occasions, including the first title in 1996.

The stakes couldn’t have been higher as they duo produced a memorable encounter in Cardiff.

In the end, it was Munster who held out for the win after Denis Leamy and Yves Donguy tries either side of the half with Ronan O’Gara nailing the decisive kick 15 minutes from time.

Watch that game in full below.