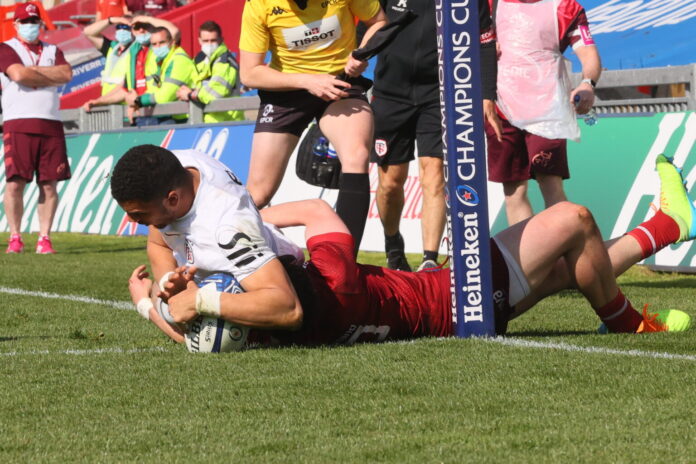 MUNSTER’s 2021 Champions Cup campaign was ended by a scintillating Toulouse side as they played out a 33-40 thriller in Thomond Park on Saturday.

Toulouse looked the more dangerous early on but settled for a pair of penalties as Keith Earls dotted down twice in a couple of first half minutes to give the hosts a 16-9 half-time lead.

But Toulouse showed their intent with Matthis Lebel scoring immediately after half-time.

Gavin Coombes powered over from close range to reestablish Munster’s lead. But three tries from the visitors put the game beyond doubt before Coombes rounded out the scoring with his second try of the afternoon.

Watch the full highlights below.

The post Highlights: Munster crash out of Champions Cup after Thomond thriller with Toulouse appeared first on Sporting Limerick.